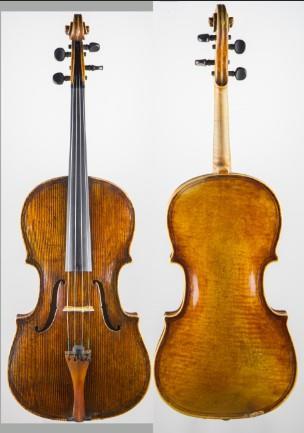 In addition to its MSO Live online series, the Melbourne Symphony Orchestra has had a facelift in the form of a new chief conductor: Jaime Martín joined the ensemble in 2022. Its principal violist Christopher Moore is also the creative producer of the MSO Chamber Series, featuring MSO musicians (and friends) in intimate performances throughout the year. Moore has been playing a c.1610 Maggini viola, on loan from a benefactor, since he was playing with the ACO.

This large and beautiful-sounding viola features a one-piece spruce front with unusually wide grain. The back is also in one piece, slab-cut from handsomely figured and flamed maple. The scroll is original. The varnish is a rich dark orange–brown laid over a lighter golden ground. Like most of Maggini’s early violas it has been cut down, though the C-bouts appear to be original.