One of the last instruments made by the luthier, who died in 1786, the violin has a miraculously intact varnish and an excellent soprano sound with great projection 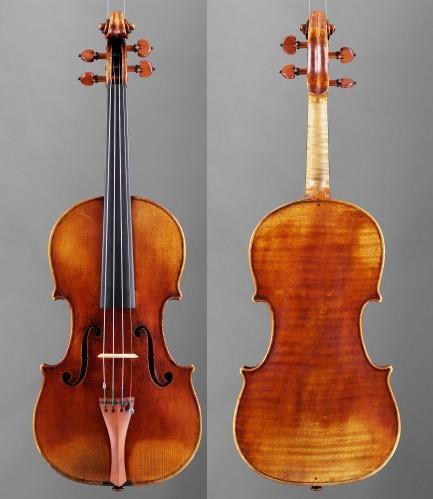 Since 2017 the musicians of the Australian String Quartet have been performing on four instruments by Giovanni Battista Guadagnini. It’s the result of a project begun in 2009 by philanthropist Ulrike Klein, who passionately believed that a quartet from Australia would need to have top-quality instruments in order to compete with other groups on the world stage. Having decided against collecting Stradivaris, she settled on Guadagnini, tracking down four with very distinct tonal qualities, but which blend together perfectly. It took two years to find the instruments, and a further six to raise more than AUD6m to complete the purchase.

Along the way Klein founded ‘UKARIA’, a not-for-profit cultural institution that holds the instruments in trust and presents an annual programme of 50 concerts in its purpose-built hall in the Adelaide Hills, South Australia. Since the project’s inception the instruments have been on loan to the Australian String Quartet, currently in residence at the Elder Conservatorium at the University of Adelaide.

The first acquisition was a 1784 violin made during Guadagnini’s Turin period. One of the last instruments made by the luthier, who died in 1786, the violin has a miraculously intact varnish and an excellent soprano sound with great projection. ‘I think it’s like a peacock in personality,’ says its player, ASQ first violinist Dale Barltrop: ‘spectacularly colourful, loud and proud, asserting itself with presence and command.’ It is paired with an older instrument from 1748–49, made during Guadagnini’s Piacenza period, and which has a deeper, darker sound that blends perfectly with its younger cousin.