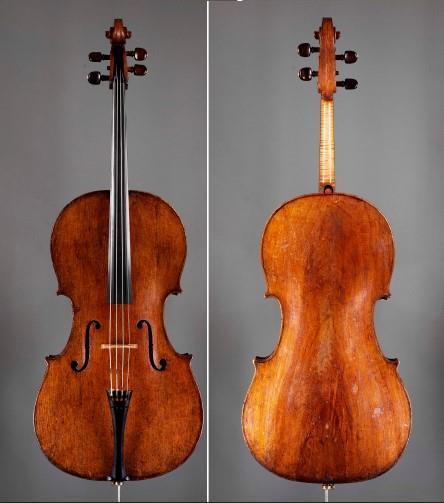 The Australian Chamber Orchestra (ACO) is fortunate to have another ‘filius Andreae’ instrument in its collection: a cello. Like the 1714 violin, the hand of ‘del Gesù’ is also visible in its carving; it is understood that the father worked on the cello until he fell ill in 1729, when his son took over. This two-stage approach is made apparent when the top of the instrument is compared with others also produced by ‘filius Andreae’. That makes this example one of only two known cellos completed by ‘del Gesù’ during his lifetime. The instrument joined the ACO after it was discovered in London by principal cellist Timo-Veikko ‘Tipi’ Valve, where both musician and instrument formed an instant friendship. The ACO was gifted the instrument in 2016 from the philanthropist Peter Weiss. Its current player is Julian Thompson.