The wood used for the front came from a 250-year-old tree, making parts of this beautiful instrument around 700 years old 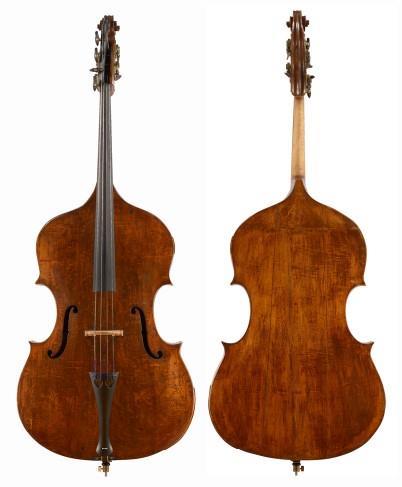 The c.1585 Gasparo da Salò double bass is the oldest instrument currently played in the Australian Chamber Orchestra (ACO). It is believed that the decorated bass may have had only three owners: its earliest known provenance is the Augustinian abbey of Neustift in northern Italy, where it may have resided for hundreds of years. The abbey was bombed during World War II but miraculously the instrument survived. It was sold to German bass player Günter Klaus in 1970 and then in 2012 it was purchased by an anonymous benefactor, joining the ACO’s family of instruments as the oldest instrument at over 430 years of age.

The wood used for the front of the bass came from a 250-year-old tree, making parts of this beautiful instrument around 700 years old. It has an uplifting, resonant sound and is now being played by the ACO’s Maxime Bibeau, who says: ‘You can really hear and feel the maturity of the instrument. As well as having an incredibly beautiful and robust tone, it has a large sub-woofer-like quality that lifts the sound of the orchestra to another level.’