’It is said, by the way, to have belonged to Paganini, and to have been gambled away by him’ - John Tiplady Carrodus 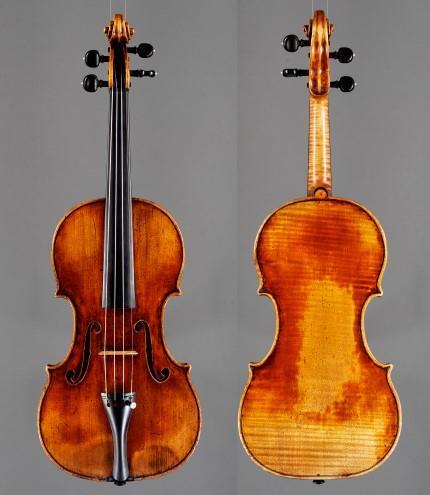 The 1743 ‘Carrodus’ violin by Guarneri ‘del Gesù’ is regarded as one of the supreme achievements of the luthier’s career. With a sound richer and broader than most violins, it is now on loan to the Australian Chamber Orchestra (ACO) from anonymous benefactors and is played by ACO artistic director Richard Tognetti. It is named after the 19th-century violinist John Tiplady Carrodus, a pedagogue at London’s Royal Academy of Music who also performed at the Covent Garden opera house.

Carrodus in fact owned two Guarneris, although this was his favourite: ‘It is said, by the way, to have belonged to Paganini, and to have been gambled away by him, and called the “Cannon Joseph” on account of its powerful tone,’ he once wrote. ‘The varnish is in splendid preservation and dark red in colour; the other violin is almost as fine in tone, but artistically not so beautiful to look at.’ The instrument was later owned by the Austrian virtuoso Ossy Renardy, and was with him on the night he died in a car accident in 1953.