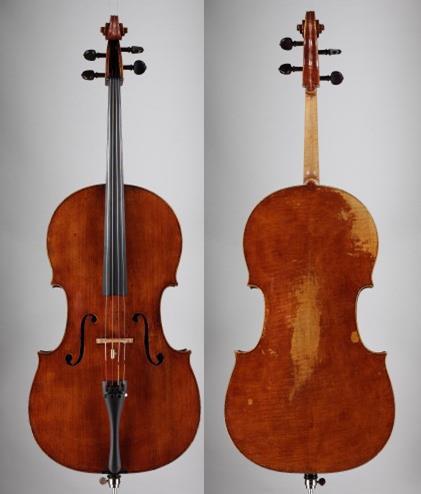 Since 2017 the musicians of the Australian String Quartet have been performing on four instruments by Giovanni Battista Guadagnini, including a cello from c.1743. Nicknamed ‘Ngeringa’ after the farm owned by UKARIA founder Ulrike Klein, the cello also comes from Guadagnini’s Piacenza era. Of 466 instruments known by the maker, only 39 are cellos, so it was fortunate for Klein that a perfect example came up for sale just a year after the other three instruments.

It’s lucky also that Guadagnini was making cellos at all: for some reason, cello making fell out of favour in Cremona following Stradivari’s death in 1737, which left a gap in the market that Guadagnini was able to fill in Piacenza, just 25 miles to the west. At that time he was also connected with the influential cellist Carlo Ferrari, which may also have brought him some commissions.