The violin is a very close copy of a ‘golden period’ Stradivari, possibly the 1715 ‘Alard’, 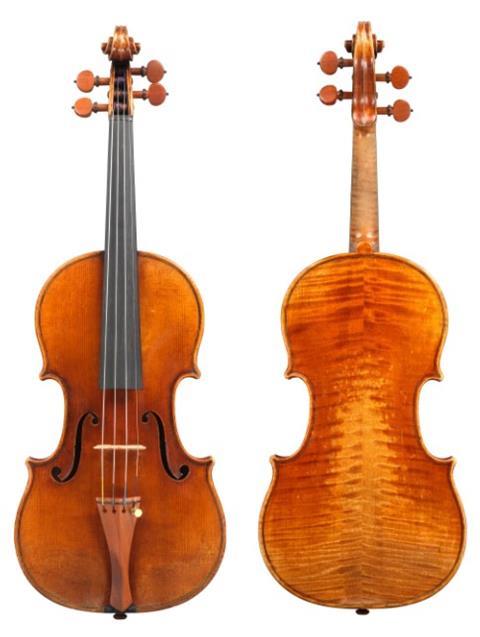 Since completing its quartet project, UKARIA has continued to acquire the occasional instrument. One such is the 1859 ‘Karrman’ violin by Jean-Baptiste Vuillaume, acquired in January 2022 and now on loan to soloist Kristian Winther. One of the best-preserved Vuillaumes in existence, it is a very close copy of a ‘golden period’ Stradivari, possibly the 1715 ‘Alard’, given the positioning of the f-holes and the wear pattern on the back.

In addition, it has full arching and unusually wide purfling, all reminiscent of a ‘golden period’ Stradivari. It is also known that the ‘Alard’ was in Vuillaume’s possession at the time. Some antiquing work is visible in the corners and below the bridge feet, as well as some deliberate wear on the upper back edge of the pegbox. The violin is covered in a thick golden-orange varnish.