Formerly owned by Isolde Menges, this instrument might also bear the hand of Guarneri ‘del Gesù’ 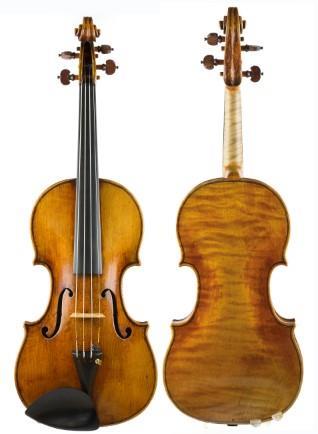 Another of the Australian Chamber Orchestra (ACO) Instrument Fund’s assets is a 1714 violin by Giuseppe Guarneri ‘filius Andreae’, formerly owned by the famed British violinist and teacher Isolde Menges. Only around 250 ‘filius Andreae’ violins survive, but what makes this example more unusual is that the maker’s son, Guarneri ‘del Gesù’, is also likely to have had a hand in its crafting. The back is made from one piece of slab-cut maple, with a different piece used for the ribs and head. The front is of fine-grained spruce, opening slightly on the flanks. The orange–red varnish is in good condition and the violin is in a fine state of preservation. It has a dark, soulful sound, capable of great sweetness, and is currently being played by the ACO’s Maja Savnik.