Is sexism endemic in the world of lutherie?

In the past year, women from all walks of life have been reporting incidents of sexist behaviour in their workplaces. Is a violin workshop any different? Femke Colborne discusses the question with a range of female luthiers 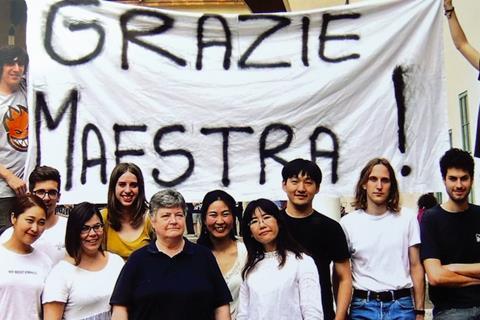 Wanna Zambelli (front row, in dark shirt) in June 2018 with the students of her last year of teaching at the Cremona Violin Making School. The gender balance is more equal than when she started 44 years ago

This is part of a longer article inThe Strad’s November 2018 issue. To read in full, download the magazine now on desktop computer or via the The Strad App, or buy the print edition

Gudrun Kremeier is, by any standards, a highly successful violin maker. Born in Germany and now based in the Netherlands, she runs a thriving business and is active in several international associations. But there is something, she believes, that makes her success even more notable: the fact that she is a woman.

She recalls an incident from her time as a student in Mittenwald: shortly after she graduated in 1992, the school appointed a new director. One of his first comments was that it would be a great idea for the school to attract more female students, because they would only go on to have babies and quit the profession, meaning less competition for the men.

‘I was really shocked, but that was how it was,’ she says. ‘The reputation of girls was not very high. I was a bit annoyed. I thought, why do you judge me by my gender? I want to learn in the same way as my male colleagues.’

Stories like Kremeier’s are not hard to come by. One anonymous source told me that she has frequently encountered challenges related to her gender – all the way up to sheer sexual harassment.

‘At one conference, I was with a group and we were chatting about something neutral when a guy brought up the subject of my “tits”, a propos of nothing.’ At another event, a man started speculating about her vagina out of nowhere. 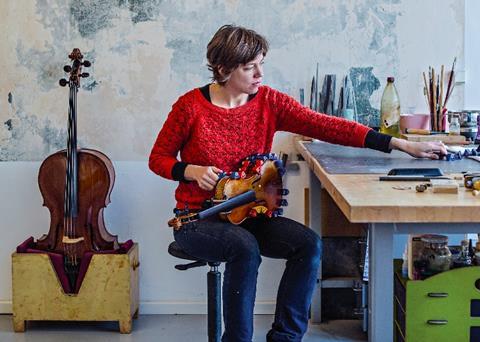 In spite of the growing number of women entering the profession and an increasing willingness to call out sexist behaviour, problems still remain. Janine Wildhage has been running her own shop in Berlin since 2007. She studied in Cremona in the 1990s and reports that even then, the gender balance among the students was quite equal and she experienced no problems with sexism.

But Wildhage notes that the gender balance is much less equal when it comes to luthiers working at a higher level.  ‘There are a lot of women working in restoration, but fewer actually running their own shops. At the start it’s 50:50, but when it comes to running a shop there are still a lot more men.’

Others tend to agree with this assessment. Yael Rosenblum, an Israeli luthier who runs her own shop in the city of Cremona, says that there are a very healthy number of women studying at the Violin Making School. But she estimates that when it comes to the city’s violin shops, only about ten per cent are run by women. ‘Many of the makers here work with dealers. Dealers will buy an instrument because of the reputation of the maker, and if it’s a male name, it’s easier for them to sell it.’  As Wildhage puts it: ‘If someone is not really in this world, they usually imagine a violin maker to be an old man with a beard, like Santa Claus.’

To read the full article in The Strad’s November 2018 issue, download the magazine now on desktop computer or via the The Strad App, or buy the print edition