‘Classical music is full of women, but policy and decision-making positions are still male dominated’: working mothers in music

On International Women’s Day, violinist Gwendolyn Masin examines the struggles faced by working mothers, calling for collective empathy and support within the industry and beyond 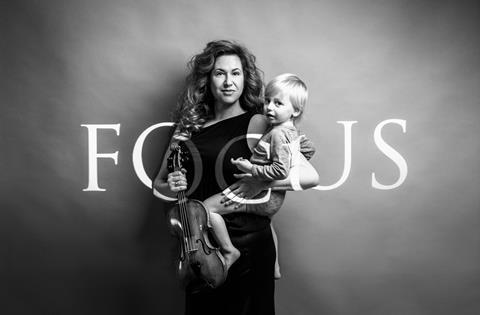 When I embarked on envisioning an image that would capture my child and I, an image that could summarise the greatest challenge that I now face being a mother, with one word to encapsulate it, I didn’t realise what kind of conversation it would create along the way.

I understood from an early age that I might face discrimination, coming from a multi-ethnic background of Shoah survivors who encompass cultures and traditions from Northern, Central and Eastern Europe. However, the greater number of my experiences were privileged. Everywhere in the world that I went, I was met with courtesy and respect. I was welcomed as an artist and treated as a human being.

That is, until I got pregnant, until I became a parent.

When upon finding out that I was expecting, two promoters, within the space of one week, cancelled future engagements because they thought I would not be in ’good form’ for the recitals. On a television show in the Netherlands, a young crew member suggested that I only be filmed up close to avoid an unaesthetically pleasing shot of me playing. I felt my environment turning more and more hostile as I heard stories from colleagues about when they announced their pregnancy to the dean of our university. He was less than pleased and strongly reminded them that they would have 14 weeks and a not a day more of pregnancy leave.

I began researching female performing artists whose interpretations of the solo repertoire have made an impact. I was taken aback at how few of them had children. By no means would I suggest that we don’t all have the right to choose whether we have kids or not. And, as a person who was scolded by doctors for having a geriatric pregnancy, I am aware of what it means to wish for children and perhaps not be able to have any.

Nevertheless, the numbers are telling. A considerable number of female soloists in classical music either don’t have children, or have rarely, if ever, commented on having children. What I did come across were interviews by women with great influence in string playing who have said that they returned to the stage within two or three weeks of giving birth. The latter is impressive, (I was taught by women, and raised by a woman, who had the same strength) but should not become a standard by which we are measured. The ensuing pressure by such examples for women to ’get back’ to their work (or, for that matter, their figure) neglects that becoming a parent is a move forward from which you can never go back.

Classical music is full of women, but policy and decision-making positions are still male dominated. This leads me to the most uncomfortable observation that I will make here. I’ve often wondered why the industry in performance arts is still so dated, believing that there is an underlying, constant truth that is inescapable. Men can’t give birth. This is what primarily sets them apart from women. This lack of experience of carrying a child to birth and the ensuing challenges arising from that physical labour is reflected in our purported role models: men who never cease to be at their performance best. I feel we must learn to exercise our capacity for empathy more if we want things to progress.

Read: Rachel Barton Pine on juggling motherhood with a career as a solo violinist

I applaud anyone who can make a mark in the arts and live solely from their income of being an artist. But I wonder, is it healthy to have so few role models of women (and men!) in the arts leading a life where children are a matter of fact, a reality of life, that is both accepted and encouraged by society?

When I look further beyond classical music to other forms of fine art, I come across the following. Tracey Emin, in a 2014 interview, said, ’There are good artists who have children. Of course, there are. They’re called men.’ Marina Abramović , in a 2016 interview is quoted saying, ’I had three abortions because I was certain that it would be a disaster for my work. One only has limited energy in the body, and I would have had to divide it. In my opinion that’s the reason why women aren’t as successful as men in the art world. There’s plenty of talented women. Why do men take over the important positions? It’s simple. Love, family, children – a woman doesn’t want to sacrifice all of that.’

My interest with the statements by Emin or Abramović is not the sentiment itself or a certain sense of inverse sexism that can be found in them. It’s how few statements I can find that offer any insight on what it is like to be a parent and have a stable career in fine arts. Artists who have a platform rarely use it to project an organic relationship to parenthood.

Read: ‘It doesn’t have to be popular. It just has to be’: Gwendolyn Masin on honesty and art

Of course, I’ve heard the argument that it’s not about the children! It’s about the MUSIC! I have been advised to not speak at all about my family as it would damage the perception others might have of me as a concert violinist. What that means exactly, I still don’t know. Does it mean that talking about our loved ones and loving at all is considered a weakness? And this in art, of all places, where love is so often at the centre of every narrative, of every composition.

There is a niggling thought at the back of my mind that no matter how far we advance as a species, we are confronted with a reality—all of us, continually—that economic interests are more important than human values. Our international political instability is harsh testament to that.

So, what’s that one word that best summarises that which I struggle with most since the arrival of my child? It’s exactly what this writing is about: Focus.

Our trade, like any other, should embrace the social responsibility of supporting its members, whether they have a family or not. We should consider the quality of our work and what message we wish to send to our listeners, rather than running after the idea that our success is equal to how visible our work is; that the amount of our achievements is more important than the impact of our work; that we are only as good as the number of concerts we play; and that we must, over and over again, prove how industrious we are in order to be deemed ’good’. We should strive for better conditions in which to be artists, and insist these are made, indeed, make these conditions ourselves where we can.

It is high time that classical musicians felt elevated and emboldened to lift the curtain on rigid interpretations of the artist in the 21st century and speak openly about the difficulties and challenges. It is the essence of being a parent that adds to the intensity of artistic expression, and this needs to have a light shone on it.

So, what’s that one word that best summarises that which I struggle with most since the arrival of my child? It’s exactly what this writing is about: Focus. 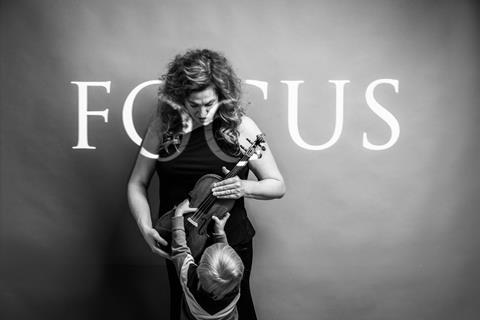 Beyond economic concerns, the relentlessness of raising a child, and the physical issues that are part and parcel of being a mother, it is a struggle to retain my awareness and ability. It is exhausting to practise after a night of broken sleep tending to a teething child. A clear strategy is needed to maintain focus on any aspect of practising the violin when you have only the window of a toddler’s naptime into which to fit, well: everything. To admit that my workdays now include being a mother means knowing my limits, concentrating my efforts on that which is possible. Learning to let go of things I won’t manage on a particular day. Accepting that, despite the inner howling wolf of artistic inspiration, I’m going to have to write that article in my head—there is no longer a sea of time in which to draft many versions.

I hope that on International Women’s Day this year, we may all feel inspired to focus some of our collective attention on parenthood, embracing the parents that maintain their standards of professional ability, while raising children who are a part of the next generation of music lovers.

Read: 5 tips for juggling early parenthood with life as a soloist