3
Is sexism to blame for the scarcity of women in the violin making business?
Debate

Is sexism to blame for the scarcity of women in the violin making business? 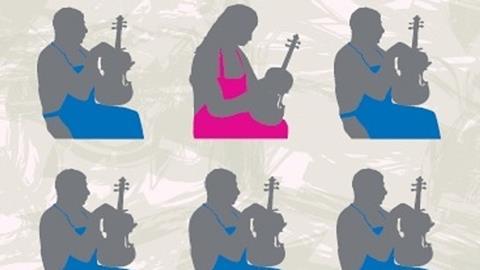 I knew I wanted to be a violin maker when I was 13. Before then, I’d thought I might go into music performance, but after two of my sister’s friends began studying violin making at the school in Cremona I was struck – hard – by the surprising realisation that a young person could actually train to be a luthier.

I’d always assumed that violin makers fell from heaven, fully formed as stooped older people in plaid shirts, like the stern Mr Aschauer or kindly Mr Roth, who took care of my succession of cellos – and who, at the time, were probably about the age I am now.

If I ever noticed it, I didn’t pay any attention to the fact that all those ‘geezers’ in the checked flannel shirts were men. That seemed normal, especially since most of the women of my parents’ generation didn’t work, unless they were nurses or teachers.

But by the time I was old enough to start my training, I had expected things to have changed. I was therefore surprised when I arrived at Newark School of Violin Making to find that the men in my class outnumbered the women two to one. I had never considered myself to be ‘special’ as a woman who wanted to be a violin maker and had expected more female colleagues. It wasn’t until 15 years after graduating that I worked alongside another female luthier, even though two of my previous employers – both dealers– were women.

Fast-forward another decade or so to June 2012, and my first summer at the Violin Society of America’s (VSA) violin making workshop in Oberlin, US. This time, I was downright shocked – for every woman participating, there were eight men. Today it’s commonplace for women to be doctors, lawyers, prime ministers, secretaries of state, and more. So why the eight-to-one ratio at the workshop?

Violin making isn’t inherently macho. It is somewhat physical, but not forbiddingly so. One of the reasons it has kept me engaged is that making an instrument commands a perfect balance of the use of muscles, senses and intellect. In the beginning, the machines were a little intimidating, but I’ve never believed that men were born with the ability to safely operate a bandsaw, either. That’s what training is for.

I have occasionally run into prejudice, but typically it was because of my nationality, or where I trained (some continental European violin shops were hesitant to offer jobs to Newark-trained people when I first started out), rather than my gender. Every now and again, when I’m out shopping for tools and supplies, a salesman’s slightly creepy voice asks, ‘And what are you going to do with that tool?’

The following ‘little lady’ is implied. However, the insinuation comes to a screeching halt when I ask a few dry and specific questions about the tools or supplies I’m looking for. Sometimes, too, the welcome can be overly enthusiastic. In one place where I used to buy wood, the salesman would purr softly at me whenever I came in, and proceed to ask me questions riddled with innuendo.

But none of these experiences are specific to violin making. In most cases, the offender is not a fellow luthier – violin makers, male or female, are usually quite enlightened people. I run into the same issue going to DIY shops, or taking my bike to the shop for a service.

The trade has been a great one for me. It has given me a livelihood, wonderful friendships, a vast field of curious enquiry and creative expression, and the opportunity to see a lot of the world (from Germany to England, to Hong Kong and Singapore, to Canada and the US). My involvement with Luthiers Sans Frontières has added a humanitarian aspect, with all its inherent thrills and challenges, as well as occasion for more international travel.

Whatever problems and frustrations I have encountered in my career, they have been down to personalities – mine and others’ – or possibly some less-than-wise choices I’ve made. I have never felt in the least hampered by being a woman.

So, where are the women in our trade? Why are there still so few of us? I cannot see any reason – good or bad – for this inequality in numbers. Violin making is for anyone. Well, anyone with patience, passion, aptitude and determination.

I have recently started teaching a violin making class and have been heartened by the fact that there are five women in my group of twelve – every one of them every bit as talented, curious and engaged as the men in the class. Here’s hoping they reflect a trend.

Read: Does the quest for perfection discourage creativity at lutherie competitions?

Read: 'You raise me up': Women in Lutherie