Quartet performs to audience of 2,292 plants

On 22 June, the Gran Teatre del Liceu opera house in Barcelona held a special concert for the city’s plants. A total of 2,292 Swiss cheese plants, ficus and palms were brought in for the performance by the UceLi Quartet - made up of violinists Yana Tsanova and Oleg Shport, violist Claire Bobij and cellist Guillaume Terrail, who gave a stirring rendition of Puccini’s Crisantemi (Chrysanthemums).

The project was the brainchild of conceptual artist Eugenio Ampudia, as a comment on how the world has changed in the months since the Covid-19 lockdown, specifically how the natural world has been affected by the lack of human activity. He noted how the singing of birds in cities was clearer without traffic noise, and that plants appeared to grow more quickly.

’I thought, why don’t we go into the Liceu like weeds, take it over and let nature start growing everywhere and turn it into something alive even when there are no people?’ Ampudia said in an interview. ’We don’t live in the same world as 90 days ago, and this means we have to reflect on everything that we do.’

After the concert, the plants were donated to healthcare professionals in the city, as a thank-you for their hard work during the crisis. 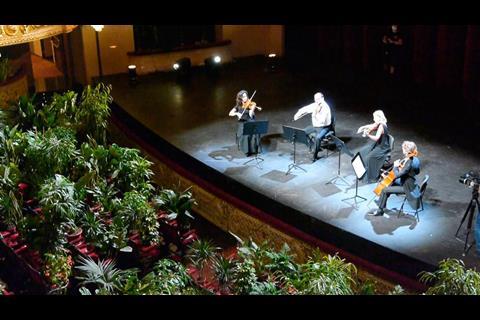 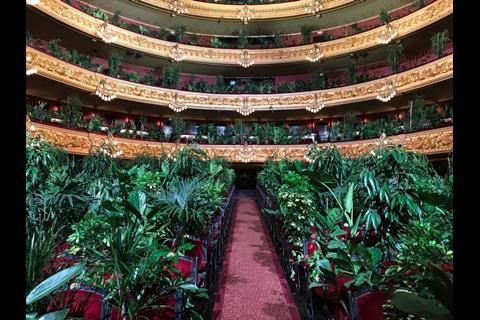 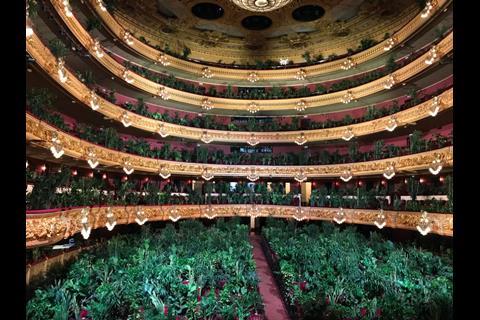 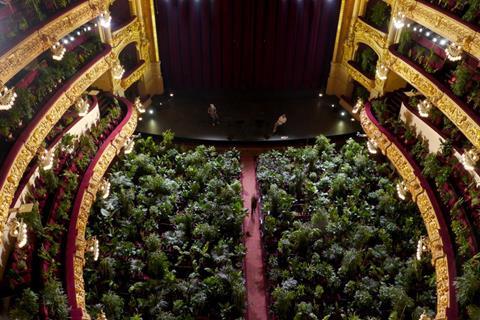 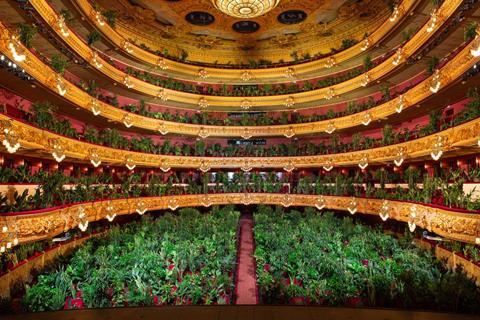 All photos used courtesy of the Gran Teatre del Liceu