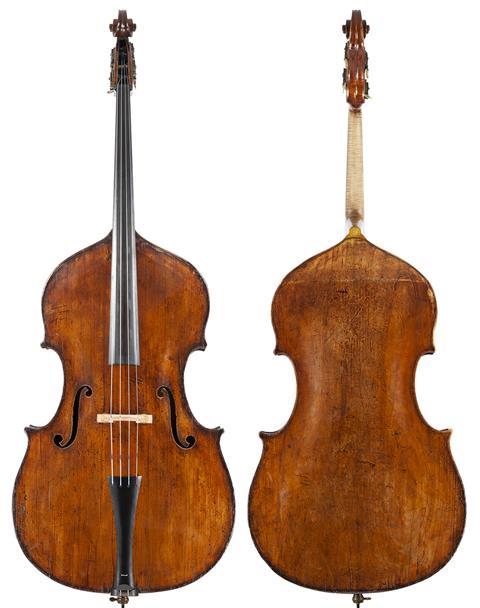 This is the top pick from the Foundation’s double bass section. Landolfi arrived in Milan around the same time as Guadagnini, perhaps drawing inspiration from his contemporary. Landolfi had a variety of styles, shapes and sizes in his repertoire, from small violins with a high arch and a full-size stop length to a larger model with a flat arch and thick lustrous oil varnish. His choice of wood follows the same pattern: from plain maple scrolls to highly flamed backs. This is fitting for the Milanese school as his predecessors, particularly the Testore family, made instruments in a similar range of quality. The straight line that runs into the corners from the upper and lower bouts is a recurring theme in Landolfi’s work, a feature found on this double bass as well. The Foundation was able to buy this instrument in 2018 and had previously been played by Leon Bosch and John A. Schaeffer, former principal bass of the New York Philharmonic Orchestra.