How to prepare for a competition: Sam Suggs, ISB Double Bass Performance Competition

The double bass player won the $2,500 first prize at the ISB Double Bass Performance Competition in Fort Collins, CO, US, in June 2015. Here, he recalls the lead up to his competition victory 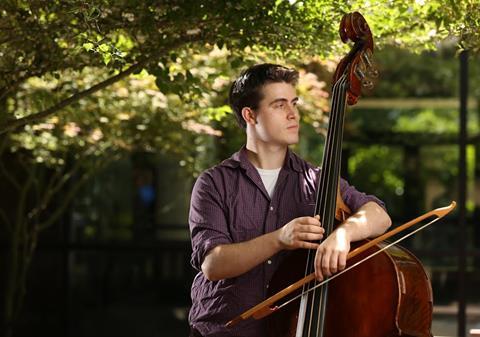 To a certain extent what determines success at a competition is the psychology of knowing what is and isn’t within your control. I had entered ISB competitions twice before: the junior division in 2009; and the senior division in 2013, when I had my tape rejected. I happened to have a tape prepared for another competition this year, so I sent it in haphazardly and forgot all about it. When I heard I’d made it past the preliminary round I suddenly had to prepare. I researched the jury and I decided to focus on bold repertoire choices, making sure each piece made a succinct statement about who I am as a musician and also appealed to a progressive audience.

With standard repertoire, every member of the jury will have a different opinion on how it should be played. So I wove together shorter, underperformed works like the Gavotte by Bottesini and the Prelude: hommage à Casals by David Walter, which the panel would be less likely to have strong conflicting opinions about, as well as my own compositions including a chaconne on a theme by the French duo Daft Punk, and a construction of Haydn’s 1763 Concerto for Violone, based on the surviving two bars. These last two were entirely new works. Unless the audience likes you, they’re not going to be moved by you.

I thought of the jury not as a panel but as an audience I needed to engage with, and as part of my preparation I performed in bars and cafes where people have split attention and you have to make them sit up and listen. The bass is exhausting to play for long stretches at a time, so I did a lot of practice away from the instrument, copying and studying scores at the piano, visualising the hall based on photos, and crystallising my interpretations through quiet meditation. As the competition approached I developed a high-density 20-minute technical routine of scales and arpeggios specific to each piece.

I also constantly reminded myself to remain oblivious to the other competitors, and focus on the elements I could control instead.There will always be somebody who can play faster, higher, and more accurately than you. I think what the ISB jury was looking for was artistry. The bass community at large wants artists from my generation to take their torch and run with it. And as a musician searching for an individual voice, I’m lucky to come from a community that welcomes change.