One of the very few cellos made by Hendrik Jacobs himself, and the only Dutch instrument in the Calendar 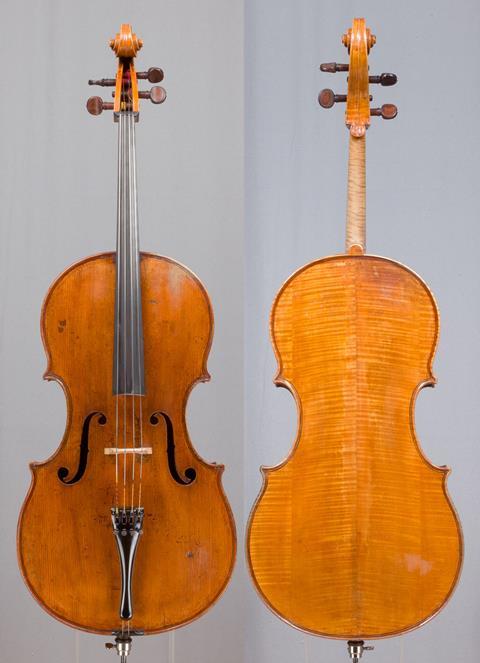 This is the oldest instrument in the calendar, and the only one by a Dutch maker. For decades it was assumed that Jacobs’s stepson Pieter Rombouts was responsible for the production of cellos that left the Jacobs workshop, but recent studies have shown that Jacobs was in charge of cello making as well. This is one of the very few cellos that was made by the master himself. His hand is particularly visible in the scroll, f-holes and varnish. The long and slender pegbox with a deep, sharp throat leading into an oval volute is characteristic for the scrolls Jacobs cut in the last decade of his life. The round, wide f-holes with slender wings are cleanly cut with a much more open stems than seen in Rombouts’s own cellos. Jacobs varied a lot in varnish colours throughout his career but around the end of the century he made some instruments with a transparent golden yellow varnish. The cello still retains its original label and has a double, hand-drawn, line around the edge of the paper; a decoration detail that only appears on Jacobs cellos. The cello has a surprisingly well-documented history from 1910 onwards, which is very rare for Dutch instruments. This was because the cello stayed within one family for a century! In 2010 the NMF had the opportunity to buy the cello and loaned it to Harriet Krijgh, who played the Jacobs when she won the 2012 competition of the Amsterdam Cello Biënnale.