New software allows users to recreate the sound of a Stradivarius 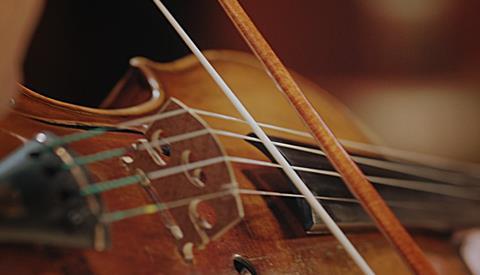 In January 2019, all roads around the Museo del Violino in Cremona, Italy, were closed off to preserve silence for an innovative recording project. The sounds of four instruments by Antonio Stradivari were captured by 32 hyper-sensitive microphones, in order to preserve the samples for posterity. Now, one of the instruments - the c.1727 ‘Vesuvius’ Stradivari violin - has been used to create a piece of software designed to allow users to recreate the instrument’s sound on computer.

Native Instruments’ ‘Stradivari Violin’ features chromatically sampled notes, phase-aligned velocity crossfades, 20 articulations and mixable mic positions. Different kinds of vibrato were captured in the recording, which can be accessed via the software. Examples can be found here.

Read: A tour of the Museo del Violino

Read: Cremona hosts Cremonese treasures on loan from the US

The sound samples were recorded at the Auditorium Giovanni Arvedi between January and February last year. The makers also plan to release a quartet version in the autumn.