The resulting database will store all the possible tones that four instruments selected from the Museo del Violino’s collection can produce. 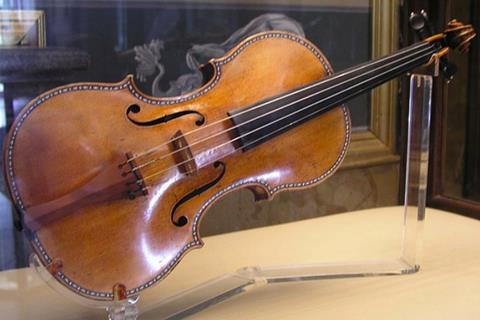 Streets in Cremona are currently cordoned off, as the city gets behind a project to digitally record the sounds of Stradivarius’s instruments as well those of two other Cremona luthiers: Amati and Guarneri del Gesù.

Known as the ‘Stradivarius Sound Bank’, the resulting database will store all the possible tones that four instruments selected from the Museo del Violino’s collection can produce.

The aim behind it is to preserve the sounds of the instruments, so that future generations won’t miss out on hearing them, once their original tone has decayed.

One of the three engineers involved in the project, Mattia Bersani, said that the sounds in the database could be manipulated with software to produce new recordings. Musicians of the future would be able to ‘record a sonata with an instrument that will no longer function,’ he told the New York Times.

Throughout January, four musicians playing two violins, a viola and a cello are working through hundreds of scales and arpeggios, using different techniques with their bows, or plucking the strings. Thirty-two ultrasensitive microphones set up in the museum’s auditorium are capturing the sounds.

The musicians have to play all the possible notes, and then record them in different combinations and using different techniques.

The project, which was dreamt up by Leonardo Tedeschi, a former D.J, has been a long time in the planning. Thomas Koritke, a sound engineer from Hamburg, Germany, who is leading it told the New York Times,‘It took us a few years to convince the museum to let us use 500-year-old stringed instruments. Then they had to find top musicians who knew the instruments inside out. Then the acoustics of the auditorium, which was designed around the sound of the instruments, had to be studied, as well.’

In 2017, the engineers thought they were set to embark on the project, until a soundcheck revealed a major flaw.

‘The streets around the auditorium are all made of cobblestone, an auditory nightmare.’ said Tedeschi. Even a small sound produces vibrations that run underground and reverberate in the microphones, making the recording worthless, he explained. ‘It was either shutting down the entire area or having the project not seeing the light of day,’ Tedeschi concluded.

However, Cremona’s mayor, Gianluca Galimberti, is also the president of the Stradivarius Foundation, the municipal body that owns the Museo del Violino. He allowed the streets around the museum to be closed for five weeks, and appealed to people in the city to keep it down.

‘We are the only city in the world that preserves both the instruments and their voices,’ Galimberti said. ‘This is an extraordinary project that looks at the future, and I’m sure people from Cremona will understand that closing the area was inevitable.’

So the police cordoned off the streets on January 7. The auditorium’s ventilation and elevators were turned off. Every light bulb in the concert hall was unscrewed to eliminate a faint buzzing sound. Still, accidents happen:  Florencia Rastelli, a barista at the town’s Cremona Chiave di Bacco café, accidentally knocked over and shattered a glass. ‘I was like: Of all days, this one,’ she told the New York Times. ‘Even a police officer popped in and asked me to keep it down. I was so embarrassed.’