3
How I warm up: Hilary Hahn
Playing Hub

The American violinist explains why she no longer warms up with etudes, scales and technical exercises 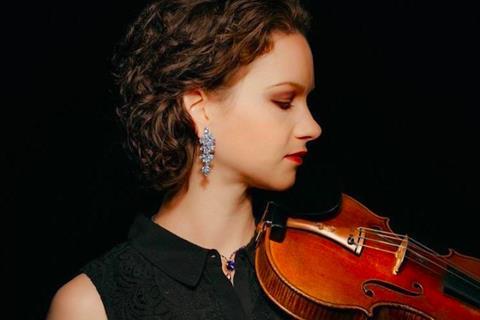 I used to warm up with etudes, scales and technical exercises but I’ve realised over the years that it wasn’t the best idea. That’s partly because starting in this way tends to make my arm cramp up, and partly because I’m not completely agile when I begin my practice - so it was counterproductive. Now when I warm up,  I’ll just play though something I’m working on, slowly and quietly, without vibrato, and eventually everything starts to kick in and that’s when I know I’m warmed up. It’s also a good time to think about the music, while also engaging with the physicality of playing.

After a few minutes, if I’m feeling a little warmer, I’ll do some stretching. I took a course on Myofascial stretches, and discovered, that, if you can learn how to stretch your fascia, it’s really helpful for mid-practice recovery. But I need to make sure I’m not creaky before I do it!  There are many different techiques for Myofascial stretches so it’s best to do whatever works for you.

It’s been a really long time since I did scales, arpeggio and etudes. I did do a lot of them for a month or so during my sabbatical and during the pandemic and I think that they can be terrific, but a lot of the pieces that we play nowadays have techniques in them that don’t show up in many of the well-known etudes. Obviously there are contemporary etude books, and those are great, but when people think of etudes they tend to think of really old books of studies.

I wish more people would write their own etudes: identifying their individual challenges and making up their own exercises to address those exact challenges.

When I get to a technique in a piece that’s challenging I might drill it in in a slightly different way from what is written in the piece, essentially creating my own etude. So if I realise I’m having trouble with a finger crossing, for instance, I might start by playing the notes that are in the piece, and then take it over another pair of strings, and then over another pair of strings, isolating it away from the exact notes, working on similar positions on the violin and problem-solving that way.

Of course, learning from etude books can help us to figure out what an etude can be, and what it’s supposed to do for you. But I do think playing etudes can cause injury if done first thing in a practice session.  It’s like starting an exercise session with a sprint, or with a strong man routine. So I would advise anyone who feels stiff to go super slow, listen to what you’re ready for and choose the path of least resistance to get where you want to go