4
Why we should all be violists

Why we should all be violists 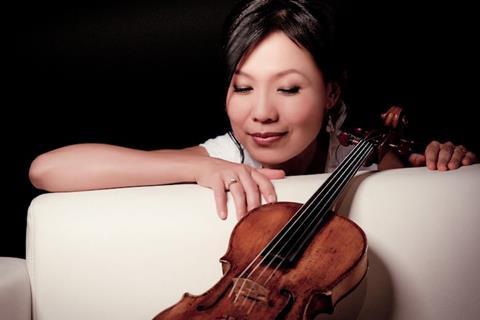 What is a viola?

Walking down the street, meeting strangers the conversation often goes ‘So you play the violin?’

‘Well, it’s an instrument bigger than the violin, smaller than a cello.’

As I write this, spell check is not allowing me to write the word ‘violist’, suggesting the word ‘violinist’ as a possible fix. Funnily enough, I too never heard of it when growing up in Taiwan 30 years ago. We young musicians were given the option to pick a second instrument as we entered the 4th grade. Knowing only that I didn’t want to play the violin like everyone else, I opted to play something that the orchestra needed. They offered me either the oboe or the viola. We had no idea what a viola was, but my father thought playing the oboe did not look too appealing, so the viola was what we settled on.

It was seriously good career planning, given my small frame and the fact that I lived in a country whose economy was only just beginning to pick up. Half the country was made up of rice farms and the notion of pursuing a career as an artist was virtually unheard of. I call myself an accidental violist; there are too many magical turning points in my life that led to all the roles I play now – mother, teacher, and yes, violist!

When I think back to the ways in which playing this instrument has taught me to listen, to make friends and to dream outside the box, I feel a profound gratitude. The first time I really fell in love with the viola was when I heard the opening of Haydn’s Quartet Op. 76, No. 4, nicknamed the ‘Sunrise’. The tranquil opening that sets the stage for a haltingly exploratory rising line in the first violin captivated all my senses in a way that a string quartet never had done before. Then, astonishingly the viola offered a counter phrase – it was just a short conversation, yet this tentative gesture felt so human. The viola’s timbre struck me as unique: neither high nor low, and somehow honest - not trying to impress. Tears came to me and I couldn’t explain why. I knew I was in love, and that I wanted to be part of that sonic world.

Many composers loved the viola, not least because it’s an instrument that prefers to listen than to talk. We know it was Mozart’s favourite instrument to play in a quartet. In fact his love for the instrument inspired him to write six masterpieces for viola quintet, a genre which he invented. By providing separate lines for the tenor and bass viola, he was able to generate all sorts of free and interesting musical dialogue – an innovation that paved the way for exploring operatic possibilties.

Dvořák was another famous violist, and his appreciation for this instrument is evident in his first major chamber music composition – the Viola Quintet – as well as the opening solo of his ‘American’ Quartet.

Brahms, Shostakovich, Bartok and Schnittke all wrote major works for the viola at the end of their lives. Perhaps it is only with age and wisdow that we naturally gravitate towards more honest voices? That we accept and appreciate a middle voice, not as something bland, but rather as the glue that holds everything else together? As something close to a human voice?

I often think a chamber music education is the best possible sort of education – not only because it provides so much rich musical material for us to immerse ourselves in, but because chamber music is effectively a metaphor for family: it teaches us about the importance of shared values, of communication skills, and of prioritising the bigger ‘whole’ in a way that is extremely humbling.

In chamber music we listen from the inside out as one group. Strikingly, this is the key to clarifying our roles as musicians: it is not about competition but collaboration. A great violist knows exactly how much their line offers to the group as a whole. Often the role can shift quickly, as in a Beethoven Quartet, at one moment coupling with the first violin to form a stronger melodic line, at another coupling with the 2nd violin to offer texture and rhythm from within, or joining with the cello to growl like a wise beast.

Each role is delightful and, as the violist, one must stay alert to these constant shifts. The viola as a solo voice is a relatively recent phenomenon. A slim repertoire doesn’t help either. Primrose and Tertis each contributed a multitude of arrangements. Hindemith, Garth Knox, Brett Dean and Kenji Bunch are all composers I adore and admire enormously.

As a violist, I am confronted with my own shortcomings every day: a hand that is too small for the fingerboard, a dynamic range well-suited to chamber music but one that requires a sensitive orchestra when playing concertos. But I accept these feelings of inadequacy. The act of going through scales, stretches and double stops each day reminds me to appreciate incremental changes, and to not expect perfection. By singing, and not shouting, we promote the act of listening – both to the music and to the silence.

One day when listening to the glorious violin solo in Rimsky-Korsakov’s Scheherazade, our then-12-year-old daughter asked ‘So, Mummy, you play the viola, does this mean you can never be a concertmaster?’ This question took me by surprise and I had never thought of it. Yes, within the current caste system, a violist will not be able to occupy a position in an orchestra which suggests leadership as perceived from the outside. At least not for a while. But each one of us is still indispensable. To be a violist is to be a connector, a pioneer, an original voice, and, most of all, a listener.

Hsin-Yun has begun posting a video series called ‘Musical Postcards’ on her Facebook/Instagram/YouTube. To watch the latest, ‘Loss’, which deals with the events of last year, see below.