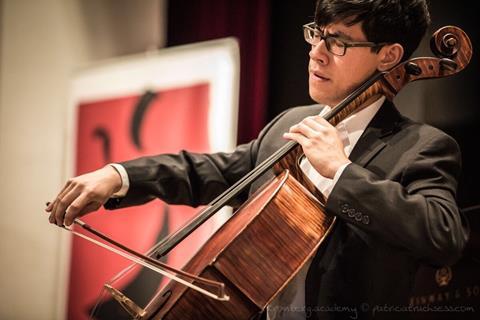 The 2018 Alice and Eleonore Schoenfeld International String Competition has concluded with Americans winning both the violin and chamber music prizes. Taking place from 18 to 30 July, the competition was held in Harbin, China.

American 19-year-old Zlatomir Fung received the first prize in the cello section, also worth $30,000. He also received the special prize of a solo engagement with the Poznań Philharmonic Orchestra. A full Kovner Fellowship student of Richard Aaron and Timothy Eddy at Juilliard, Fung has won prizes at the 2014 Klein Competition and 2017 Enescu Competition, and was also successful in last year’s Astral Auditions. In 2016 he was named a US Presidential Scholar for the Arts.

The Ulysses Quartet, from the US, had already been announced as winners of the $20,000 Schoenfeld chamber music prize.