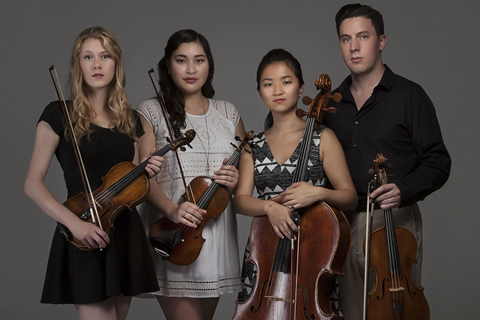 The quartet, which ran a successful GoFundMe campaign to assist with the costs of attending the competition, wins $20,000. Second place went to the Gallant Quartet (China), third to the Delta Piano Trio (Netherlands), and fourth to the Rhythms Quartet (China).