A new opera based on the life of British cellist Jacqueline du Pré is set to tour venues in the Netherlands. The ‘cello opera’ was premiered on 28 October during the online Cello Biennale Amsterdam.

Sung in English, the opera stars cellist Doris Hochscheid and baritone Mattijs van de Woerd as two friends of du Pré, with pianist Frans van Ruth accompanying. Each of the three acts features music by a different composer: Mathilde Wantenaar, Max Knigge and René Samson. Originally, Samson was to have written all of the music, but died in 2019 having completed only the third act.

Lasting just over an hour, the opera involves the couple commenting on du Pré’s life, as well as the stories that have circulated about her since her death. The libretto was written by Gerrit Timmers and Mirjam Koen, artistic directors of theatre company OT rotterdam, and is based on actual quotes from friends and biographers. It is now planned for the opera to tour around venues in Holland until the end of the year, Covid-19 restrictions permitting.

This is the second opera based on the life of Jacqueline du Pré to have been premiered in 2020. In February, ‘Jacqueline’, with music by Luna Pearl Woolf, opened in Toronto, Canada. It featured the playing of Matt Haimovitz alongside soprano Marnie Breckenridge in the title role. In addition, London’s Royal Ballet premiered a ballet based on du Pré’s life at the Royal Opera House from 17 February to 4 March. 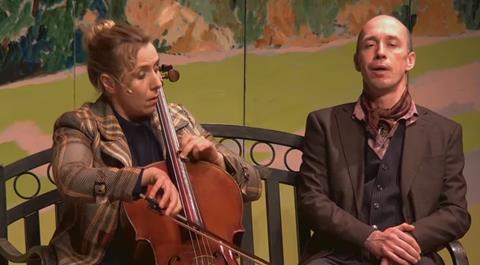