To mark the great British cellist's birthday on January 26, we revisit four tributes by fellow musicians, published a few months after her death from multiple sclerosis in October 1987 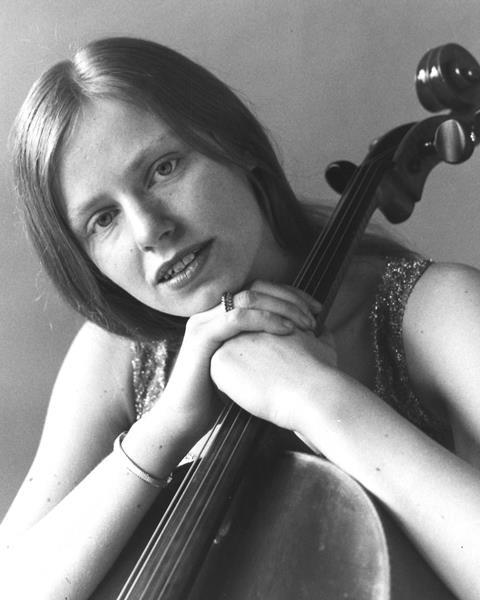 Jackie was always the most exciting cellist. It would be hard to think of another that took as many risks as she did. She was like a tight rope performer, and the risks she took were always for expressive reasons. There is no other artist who can transfer that sense of excitement onto vinyl. I first heard the Elgar Concerto with Barbirolli when I was in college and to this day I, like so many others, cannot listen to it without being tremendously moved. She was always an example of a musician who strove not for perfection, but for maximum expressivity, daring, and imagination.

I first met Jackie almost ten years ago. When I took some pieces to play for her it was amazing that even though she had not played for a number of years, she maintained a tactile memory of the instrument that allowed her to construct and imagine new colours by suggesting different fingerings. That sense of cello playing never left her.

I was fortunate, indeed privileged, to have been able to play on the 'Davidoff' Stradvarius for the past three years. This instrument was graciously loaned to me by Jackie and Daniel. To play a great instrument carries certain responsibilities, but to play on this instrument with the knowledge that Jackie had played and recorded many of my favourite recordings with it, gave me added sense of trying to do it justice whenever I played on it. For example, I could never play the Elgar Concerto without sensing her presence on the instrument. It is fortunate for all of us that her recordings are available to inspire and elevate. For me, Jackie lives on.

Whenever I think about Jacqueline du Pré, I always imagine a shooting star shining brightly in the night for an instant and then disappearing. Her career, which lasted a mere ten years, revealed to the public that she was indeed a shining star.

Jackie’s musical gift, cellistic prowess and personality were so inseparable in her art that it made her probably one of the most unique musical personalities ever to perform on the stage. Her ability to communicate her art to her audience was uncanny. Besides her flawless and effortless technique, her command of an enormous array of colours was quite phenomenal. Personally, I was affected by the sheer freedom and abandon that her playing possessed. How lucky we are to have some of her recordings and a few films of her performances.

The fact that her passing was mourned with such intensity, even though she had been away from the concert stage for so many years, is only an indication of the strength of the contribution she has made to the music world in general and her colleagues in particular. Her star will always shine.

Whilst Jacqueline du Pré was admired and feted as a supreme musician and performer by thousands of music-lovers throughout the concert halls of Europe and America, it was a quite unique quality – her 'loveability' – which impressed itself so profoundly upon her fellow musicians and concert goers, and was even felt by those who were not fortunate enough to know her personally.

The secret of that feeling which she invoked in the hearts of so many sprang, I think, from a very simple fact – namely that the 'child' Jackie never 'withered' as she grew up, as alas happens inevitably with so many artists in the transition from childhood to adult life.

She was devoid of the all-too-common strivings for fame and success accompanied by the usual trimmings that sadly are nearly always an integral part of the development of the artist to maturity. She never became sophisticated or what I call 'groomed', but retained throughout her growing up a perfect balance of youth and maturity despite the phenomenal rate at which her career progressed.

This quality was at the very centre of her music-making and was recognisable in the way in which she approached each new experience with spontaneous pleasure and enthusiasm. Those people who heard Jackie’s poetry-reading in the BBC series which was repeated early in 1987 will, I am sure, have been moved by that very same quality. For me it surpassed so many other expert or professional renderings – for Jackie never felt the need to 'act' or 'stage manage' her expressive or emotional powers. They emanated from the very core of her being – in the same way as her music making. I think it was this beautiful simplicity – the total lack of affectation or 'presentation' that invoked such a special feeling of love and affection in her public, her fellow musicians and the many other people who knew her.

These qualities were reflected in the intensity of the response to her death – the very personal nature of the sadness and loss – a double loss to those who knew her in her private life – manifested by so many. An inestimable loss. But Jackie lives on through her colossal influence on the very young would-be music-makers of this generation. And will do so through the generations to come and in this way will continue to serve the music world which she so loved.

To say that Jacqueline du Pré had a profound effect on my life would be a truism with which many people, both musicians and non-musicians alike, would agree. For a 13-year-old budding cellist the experience of hearing Jackie’s early performances was overwhelming, and 25 years later, the memory of those concerts, fortified by the recordings, in no way diminishes.

I was exceptionally lucky in that my school days in Edinburgh coincided with Jackie’s first appearances with orchestra. She was a regular visitor to the Scottish National Orchestra, with which she often played concertos for the first time out-of-town. Wild horses couldn’t have prevented my presence at those concerts and rehearsals, and it was then that I first met Jackie. The sun, moon and stars fell into my lap when, one day between a rehearsal and concert, she let me try her cello – the first Strad. With her disarming generosity she completely cast aside any fears of entrusting 'her' beloved cello to another (very inexperienced) cellist, and in so doing also put me (an overawed schoolboy) at my ease. I felt then that she also had a sense of awe about the cello, and that it would not have occurred to her not to have shared that with other people.

It was her incredible inspiration that felled my own ambition as a cellist, and indeed a whole generation of young cellists. But her own playing was a thing apart, and there has been no other cellist or string player this century who achieved such total identification and mastery in such a short career. Indeed something uncannily mature was at the heart of her playing, even as a 16-year-old.

When I followed in her footsteps as a student of Rostropovich in Moscow, it was not an easy act to follow. Jackie had carried such a blazing torch for British musicians. In her brief six months there, she made such an impression that rumours about her playing had whistled round Moscow, and her parting gesture, a concert hastily arranged by Rostropovich, completely overshadowed the recently contested Tchaikovsky Competition. She returned to Russia some time later with the BBC Symphony Orchestra, and created a sensation with the Elgar Concerto, which had been completely unknown in Russia up until then.

Amongst the most memorable concerts I heard Jackie give were the complete Beethoven Sonatas and Variations, with Daniel Barenboim at the 1970 Edinburgh Festival in the Usher Hall, hardly the most appropriate chamber music venue. Yet the vigour of her interpretation and her characterisation of this music, particularly in the early Sonatas and Variations, brought the music leaping off the page into the furthest reaches of the hall. Another recital (in the Albert Hall) towards the end of her career, included a stunning Franck Sonata, which was eventually, but only just, committed to disc as the disease was beginning to take its toll.

I also won’t forget in a hurry two consecutive performances of the Dvo?ák Concerto, one in Edinburgh and one in London, in both of which she broke a strin