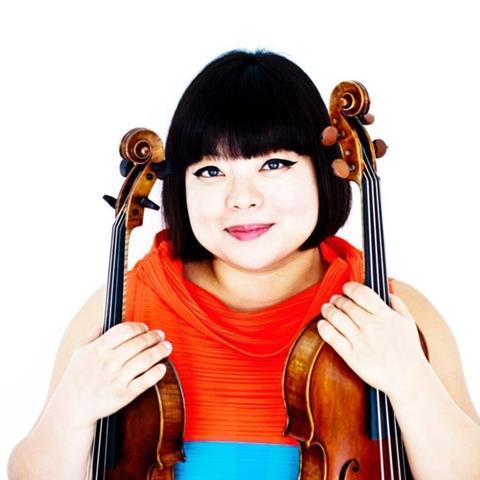 Following a successful stint as guest principal violist earlier this year, Yura Lee has been named as the new principal violist with the Los Angeles Chamber Orchestra. The role will involve five to seven weeks of close work with the orchestra, allowing Lee to maintain a balance of solo, chamber music and teaching work.

’I always wanted a balanced mix of my own solo stuff that I can do whatever I want, chamber music that explores the best repertoire with my close friends, and bigger group like chamber orchestra where I can bask in the sound magic that happens when you make music as a big group. Each of these three categories are unique and can’t be replaced by the other. And now I have all three!’

Lee is a sought-after soloist as both a violinist and violist. At age 12, Yura Lee became the youngest artist ever to receive the Debut Artist of the Year prize at the NPR ’Performance Today’ awards. She is also the recipient of the Avery Fisher Career Grant given by Lincoln Center and prize winner at many competitions, including the ARD, Leopold Mozart, UNISA, Yuri Bashmet, Indianapolis, Hannover, Kreisler and Paganini competitions.

For violin, Yura Lee plays a Giovanni Grancino violin loaned to her through the Beares International Violin Society by her sponsors. For viola, she plays an instrument made in 2002 by Douglas Cox, who resides in Vermont.