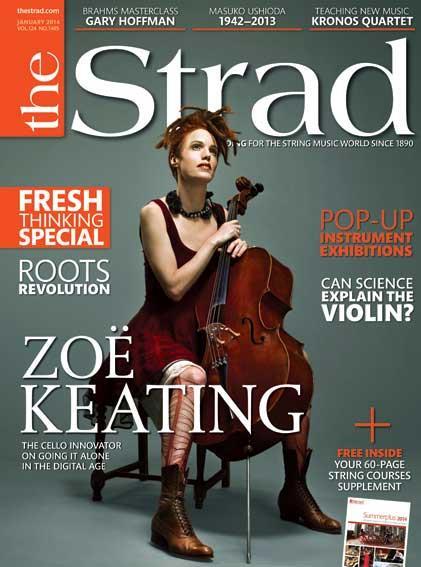 The January issue of The Strad is now on sale. In our 'Fresh Thinking' edition Californian cello innovator and sound sculptor Zoë Keatingreveals how technology and the internet have helped her home-grown music to flourish outside the mainstream.

Our article on pop-up exhibitions investigates why a growing number of luthiers are abandoning big trade fairs and setting up their own exhibitions; and our alternative ensemblesfeature reveals how groups such as Berklee World Strings in Boston and Yo-Yo Ma’s Silk Road Ensemble are giving new opportunities to young string players away from the conventional Western classical tradition route.

Also in the issue, science in lutherie: how modern scientific methods are being used to reveal the secrets of Cremona’s old masters – we investigate some of the most popular techniques for examining instruments and assess how effective and reliable these methods are.