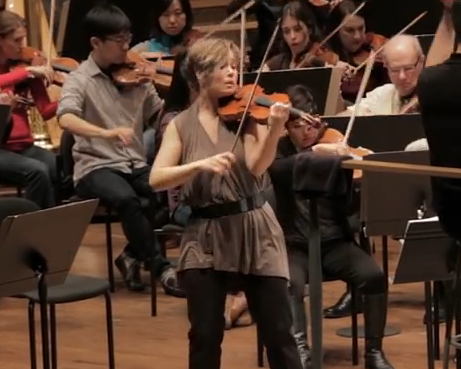 Violinist Leila Josefowicz performs and discusses John Adams's Scheherazade.2 †• dramatic symphony for orchestra and violin, a work that she premiered with the New York Philharmonic in March 2015.

To read more about 21st-century violin concertos, including interviews with Josefowicz, Renaud Capuçon and Carolin Widman, download The Strad's January 2017 issue - on desktop computer or through The Strad App.