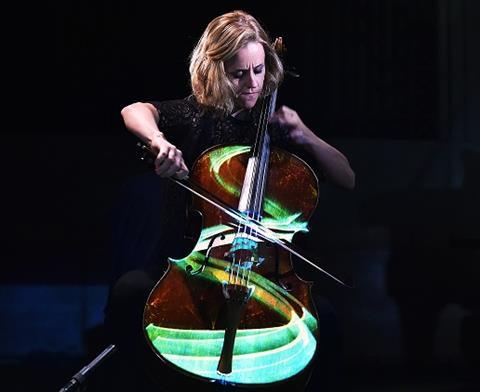 Cellist Sol Gabetta has teamed with 59 Productions to create 'Cello', a short film commissioned by the BBC Proms.

The film features Gabetta performing the opening of Elgar's Cello Concerto as her 300-year-old Gofriller instrument is transformed by a series of animations which respond to and evolve with Elgar’s music. 59 Productions, which has previously mapped moving images to the Sydney Opera House and Edinburgh's Usher Hall, has used cutting-edge techniques, including infra-red cameras which track where the cello is in 3D space, to project the images seamlessly to its surface.

The First Night of the 2016 BBC Proms takes place on Friday 15 July, when Sol Gabetta will make her debut performing Elgar’s Cello Concerto.

Watch how 'Cello' was filmed below:

Sol Gabetta is interviewed in The Strad's August 2016 issue, out on 20 July 2016 – download on desktop computer or through The Strad App.