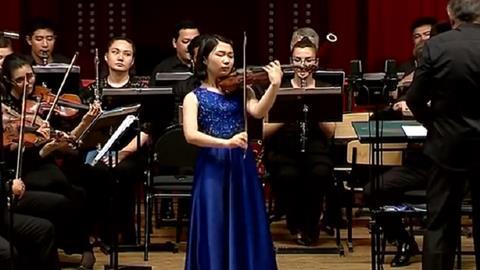 The contest was held last month in Kazakhstan, also featuring Piano and Cello divisions. The Cello Division was won by Yo Kitamura from Japan.