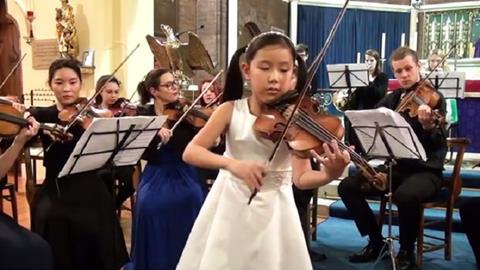 Watch the young violinist performing the second and third movements of Tchaikovsky’s Violin Concerto with the Surgut Philharmonic conducted by Denis Kirpanev in April 2016.