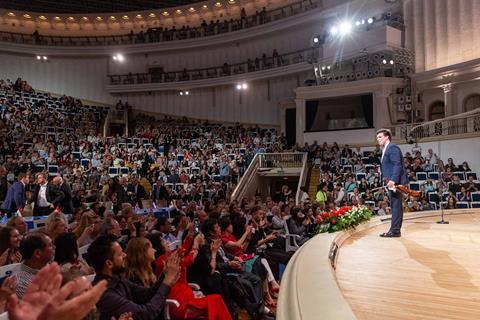 The Tchaikovsky International Competition has announced the winners of its 2019 edition across all categories. It’s violin and cello winners are:

Held every four years and now in it’s 16th edition, the competition also has piano, woodwind, brass and voice sections.

First prize winners in each instrument category will be awarded $30,000 each and from these a Grand Prix recipient will be awarded an additional $100,000, to be announced on 29 June during the winners’ gala concert at the New Stage of the Mariinsky Theatre in St Petersburg.

He graduated from the St Petersburg State Rimsky-Korsakov Conservatory (classes of Professor Vladimir Ovcharek and Professor Andrei Dogadin); studied at the International Menuhin Music Academy (IMMA) with Maxim Vengerov (2012); completed his postgraduate course at Hochschule für Musik und Tanz Köln (class of Professor Mihaela Martin) and the University for Music and Performing Arts Graz (class of Professor Boris Kuschnir). He continues to study with Kuschnir, who was on the Competition jury, at the Music and Arts University of the City of Vienna. 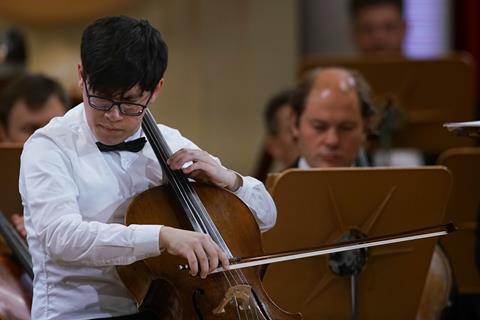 Zlatomir Fung, born in the United States in 1999 of Bulgarian-Chinese heritage, currently studies with Richard Aaron and Timothy Eddy at the Juilliard School. He was a first prize winner of the 2017 Young Concert Artists International Auditions, and made his recital debuts earlier this year in New York and Washington, DC.

For details on the other sections of the competition, visit https://tch16.com/en/news/

Videos of all the performances are available to watch here https://tch16.medici.tv/en/replay/