The 29-year-old Russian violinist wins $50,000 top prize, performance opportunities and the loan of a fine instrument 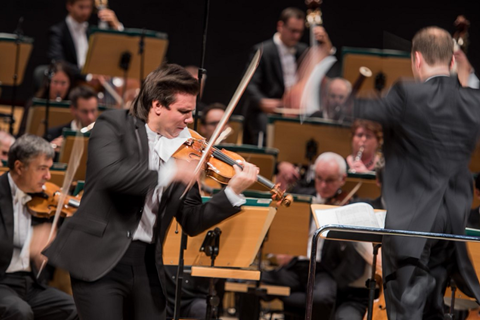 Sergei Dogadin, 29, has won the Singapore International Violin Competition with his performance of the Tchaikovsky violin concerto. He receives a cash prize of $50,000, international performance opportunities and a three-year instrument loan from the collection of  Mr & Mrs Rin Kei Mei.

He is currently studying at the Music and Arts University in Vienna with Boris Kuschnir, who was on the competition jury.

The competition, which began with 30 competitors in its first round on 28 January at the Yong Siew Toh Conservatory Concert Hall, brought six musicians through to the finals at the Victoria Concert Hall on 5 and 6 February, and three for the grand final and awards ceremony at the Esplanade Concert Hall with the Singapore Symphony Orchestra on 8 February.

The following awards were also made:

Watch: the full Grand Final with the Singapore Symphony Orchestra