The violinist triumphed following a performance of Shostakovich's First Violin Concerto at the finals in Hannover, Germany 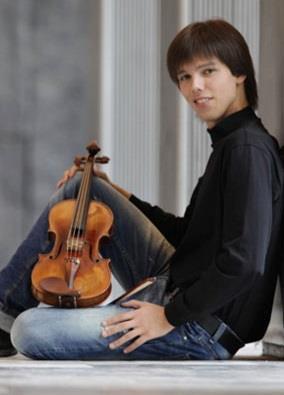 The result was announced this evening at the conclusion of two days of finals in which the six remaining competitors each performed a substantial concerto with the NDR Radiophilharmonie conducted by Hendrick Vestmann.

Second prize, worth €30,000 goes to 26-year-old Shion Minami from Japan for her performance of Korngold's Concerto, while third prize, worth €20,000 goes to 24-year-old Richard Lin  from Taiwan, who also performed the Korngold. Fourth, fifth and sixth prizes, each worth €8,000, go to Benjamin Marquise Gilmore from the Netherlands, Ayana Tsuji from Japan and Amalia Hall from New Zealand respectively.

Launched in 1991, the Joseph Joachim Competition takes place every three years in Hannover, central Germany. Violinists between the ages of 16 and 27 are invited to compete in five competition rounds for a total of €140,000 in monetary prizes.

In 2012, for the first time the top award was presented to two violinists: Moldovan Alexandra Conunova, most recently joint bronze medallist at the International Tchaikovsky Competition; and South Korea’s Dami Kim, a finalist at Indianapolis in 2014.