The 11th Quadrennial Competition will be held in September 2022 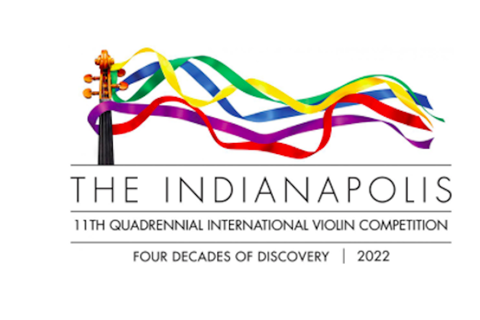 The International Violin Competition of Indianapolis (IVCI) has announced details of its 11th Quadrennial Competition, which will be held in September 2022.

Violinists from around the world between the ages of 16 and 29 at the time of the competition who are prepared for a concert career are invited to submit videos for consideration between 1 January and 28 February 2022. A comprehensive repertoire list has been posted on the IVCI website. Further details with rules and regulations will be added at a later date.

Leonard Slatkin, Music Director Laureate of the Detroit Symphony Orchestra, Directeur Musical Honoraire of the Orchestre National de Lyon and Conductor Laureate of the St. Louis Symphony, who led the ISO and the six Laureates for the 10th Quadrennial Competition in 2018, will return as guest conductor of the Indianapolis Symphony Orchestra for the Final round of the 11th Quadrennial.

The American Pulitzer-prize-winning composer John Harbison is currently at work on the commissioned piece for the 11th Quadrennial. Former commissioned composers for The Indianapolis include Witold Lutosławski (1994), Ned Rorem (1998), Bright Sheng (2006), Joan Tower (2010) and William Bolcom (2018).

Each round of the Competition will be performed to a live audience, and streamed via the IVCI website and available on demand following the live performances. Tickets will be on sale beginning Summer 2022.

To learn more about the 11th Quadrennial Competition, visit www.violin.org/2022-competition.

Read The Menuhin Violin Competition will take place virtually in May