Live music will be streamed from the Centre from the autumn 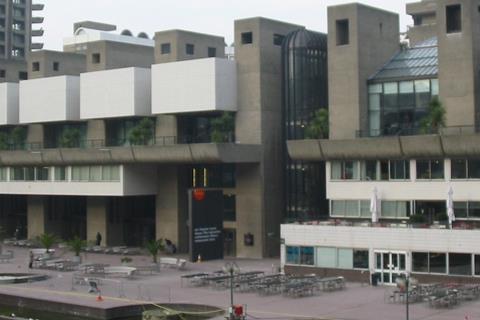 Despite cancelling the concert season it had planned for the autumn, the Barbican has announced that live music will return to the Centre after the summer - but in a different form.

From October to December, a newly programmed series of concerts will be streamed from the Hall on a pay-per-view basis. This concert programme will feature the Centre’s resident and associate orchestras as well as a selection of solo artists.

Depending on the Government’s advice at the time, the Barbican will bring reduced live audiences back to the Barbican Hall for some of these events, once it is safe and permitted to do so.

Read: Socially-distanced audiences to return for indoor performances from 1 August

Huw Humphreys, Barbican’s Head of Music says: ‘It has been heart-breaking for us to have to cancel our planned autumn concerts, something we were so looking forward to presenting with our partners, and for our audiences. But at the same time, it’s reassuring to be able to say that live music will return to the Barbican this autumn – just not in the same way as we had planned. Instead, we will present a series of one-act concerts which represent the full spectrum of the Barbican’s music offer across classical, jazz, folk, electronica and more, devised with artists with whom we have a close relationship…This autumn concert series aims to support artists and our partners in the music industry, while making sure we’re able to welcome audiences – first digitally and we hope eventually physically – back to the Hall.’

Artists, schedules and details of the autumn concert series will be announced nearer the time. All concerts will be subject to Government guidance at the time.

In the meantime, audiences can also dip into a curated mix of playlists, weekly podcasts, films, videos, talks and articles on the Barbican’s Read, Watch, Listen section.

Everyone who has booked a ticket for the cancelled autumn concerts is eligible for a full refund or ticket credit and will also be able to convert their ticket to a donation. To support the Barbican in reopening, donations can be made at https://www.barbican.org.uk/join-support/support-us. Audiences are also being asked to consider donating to the Centre’s Resident and Associate companies to support them through these difficult times.