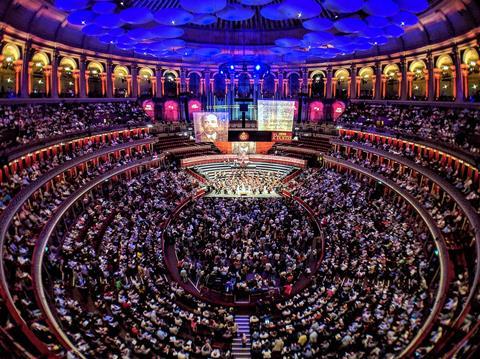 Music lovers and top performers will return to the BBC Proms this summer for six weeks of concerts at London’s Royal Albert Hall and beyond.

Some 56 performances will take place between 30 July and 11 September. All will be broadcast live on BBC Radio 3, with selected concerts also shown on BBC TV channels.

Although the number of spectators allowed will depend on Covid restrictions, the BBC hopes that the Royal Albert Hall’s cavernous size will make for easy social distancing. It is not yet known if standing prommers will be permitted but the BBC has committed to offering seated tickets for the same low price.

Stars of the strings world appearing at this years Proms include violinists Joshua Bell, who will perform Vivaldi and Piazzolla’s Four Seasons with the Academy of St Martin’s in the Fields, and Patricia Kopatchinskaja, who makes her Proms debut with Bartók’s Second Violin Concerto alongside the BBC Scottish Symphony Orchestra.

Read Rule, Britannia! will be sung at BBC Proms 2020

South African cellist Abel Selaocoe will improvise his way across continents in a concert with the BBC National Orchestra of Wales titled ‘Africa meets Europe’, while violist Timothy Ridout and cellist Steven Isserlis will both perform concertos by William Walton as part of the 2021 festival’s focus on British composers and performers.

The National Youth Orchestra of Great Britain will be joined by Nicola Benedetti for Prokofiev’s Second Violin Concerto, violinist Jennifer Pike will play Sibelius with the BBC Philharmonic and Dvořák’s Cello Concerto gets an outing courtesy of Sheku Kanneh-Mason and the Liverpool Philharmonic.

Two young British chamber ensembles will also make their Proms debut this year. The Marmen Quartet will play Haydn and Robert Simpson while violinist Rakhi Singh will lead the Manchester Collective and harpsichordist Mahan Esfahani in an eclectic programme of music by the likes of Górecki and Julius Eastman.