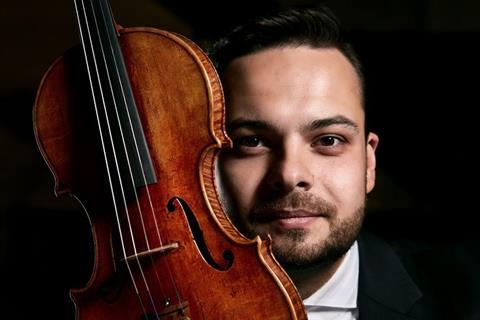 The Vienna Symphony has named the 34-year-old Slovak violinist Dalibor Karvay as its first concertmaster.

Born in Vrútky, Slovakia, Karvay started playing the violin under the guidance of his father. He studied with Boris Kuschnir at the Vienna Conservatoire and has won prizes in numerous international competitions, including  Young Musicians meeting in Córdoba in 1996, the Eurovision Grand Prix - Young Musician of the Year in 2002, and first prize at the Tibor Varga in 2003.

He has worked with musicians such as Leif Segerstam, Jaap van Zweden, and - in 2003 -  Mistislav Rostropovič, performing in a concert for Prince Charles at Windsor Castle.

Karvay is a professor at the Music and Arts University of the city of Vienna and plays a violin made by Viennese luthier Julia Maria Pasch.

He takes over from Jan Pospichal who retired as the Vienna Symphony’s first concertmaster last month.