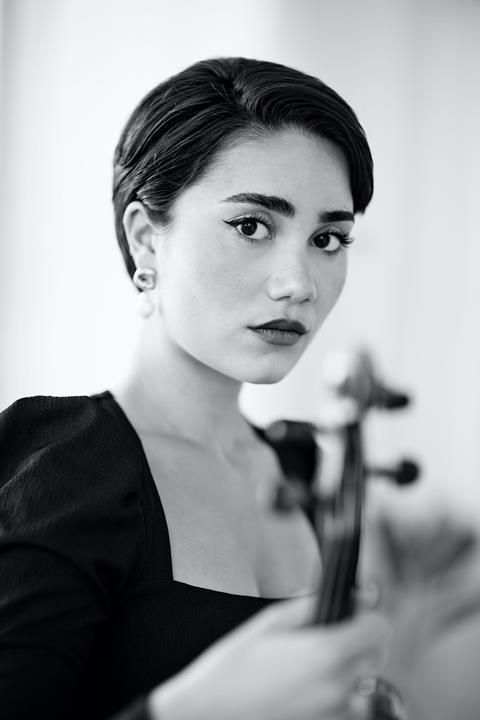 The Copenhagen Philharmonic has named German violinist Roberta Verna (left) as its new concertmaster. The 22-year-old will take up the post at the start of the 2021–22 season.

Read: Leadership and diplomacy: how to be a good orchestral concertmaster

Read: What makes a concertmaster special?

Since 2017 Verna has played on a 1703 Stradivari violin provided by the Deutsche Stiftung Musikleben (DSM). The instrument came from the collection of the former East German government and came to the DSM’s collection in 2000, though in a poor state of preservation. It was repaired by Andreas Kägi and Joachim Schade, and given a new top, while new wood was used to repair the back. Verna said that with the violin: ‘Every concert, whether as soloist or in an ensemble, is pure enjoyment. The instrument shows its special tone quality in every musical formation, because it mixes so wonderfully with any other instrument. It can be subordinate, while at the same time shining clearly above the other instruments.’

Peter Lodahl, the Copenhagen Philharmonic’s managing artistic director, said that Verna had ‘an impressive, beautiful and slim tone and an absolutely incredible presence. There has been a strong tradition in Denmark of hiring the great talents at a very young age – and Roberta is joining this distinguished series of concert­masters who have been given the job at the age of only 22.”