In focus: The ‘Wieniawski’ Stradivarius of 1719 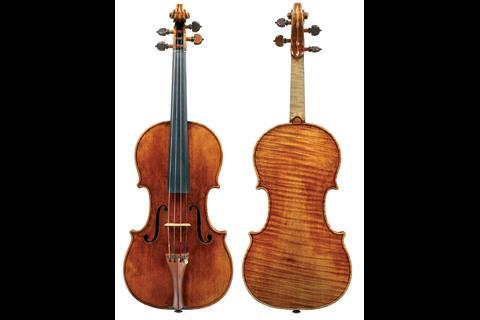 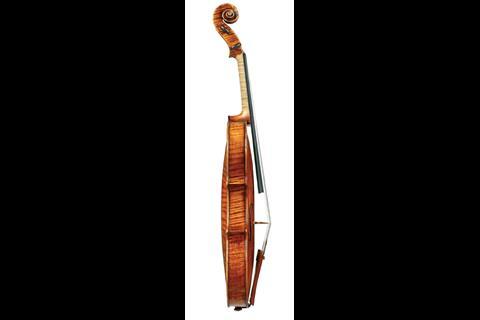 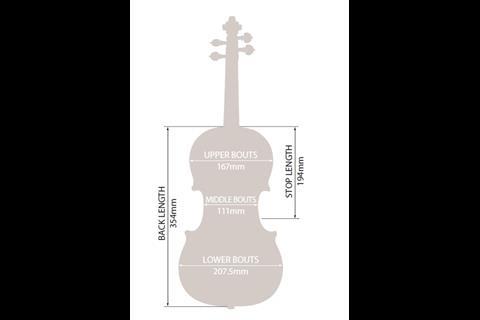 In this article from the May 2009 issue, Florian Leonhard takes a close look at a violin which ’encapsulates everything that made Antonio Stradivari such a legendary figure’. Photographs by Richard Valencia

This late golden-period Stradivari violin encapsulates everything that made Antonio Stradivari such a legendary figure. Although he was 75 years old, Stradivari was still at the height of his career when he made the ‘Wieniawski’ in 1719. It unites all the characteristics that distinguish his violins from those of his contemporaries and make them such unparalleled instruments for soloists. This instrument illustrates the evolution from the narrow Amati form with its deep, wide channels to the larger, squarerlooking, more masculine Stradivari with its broad proportions and full, flat arching.

The one-piece back is constructed from an eye-catching, deep and broadly figured quarter-cut maple with long, brilliantly shining medullary rays and very fine pores. Though dense in fibres, it is fairly light in weight. The table is in two pieces of relatively even and fine-grained spruce that open out very slightly towards the flanks.

The ground and varnish present the wood under a lustrous glow, the typical wet look that seems to magnify the wood. The pores are clean, and filled with a reflecting substance beneath, with a light top layer of golden varnish. The varnish is of an outstanding transparency – it varies as you turn the violin in your hands, enhancing the effect that the wood is alive.

The slightly higher front and the flatter back are broadly arched, combining the classical elegance that Stradivari’s Cremonese schooling demanded of him with the broad arching originating from the Brescian makers, from whom he took inspiration. The channel is narrow and although deep, begins to rise from the centre of the purfling.

The outline is familiar as one of the most imitated in violin making. The upper, lower and C-bouts are squarer and broader than both Stradivari’s very early violins and the Amati style. The corners are slightly shortened, and the scroll is very well proportioned, characterised by a handsome and well-scaled eye, with evenly turned volutes expanding from the last half-turn. These details complement one another, emphasising the robust appearance.

The f-holes are set fairly straight. The lower wings are slightly elongated and broad owing to the large, outwardly placed lower eye. The nicks are neat and precisely placed.

The purfling is generally of exceptionally consistent width and placement. The blacks are made of dyed pear wood, and the whites of poplar that swelled to fill any small inconsistencies in the channel. The mitres of the joined purfling end in elegant bee-stings, which point towards the inner third of the corner.