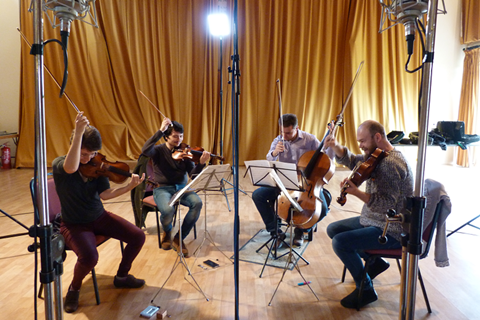 The well-travelled Arcadia Quartet is a regular visitor to the UK. The Romanian group often appears in London and at festivals around the country. Its most recent visits have been to Potton Hall in Suffolk to record the Bartók string quartets for Chandos. ‘Potton Hall is a wonderful place,’ says violist Traian Boală. ‘The acoustic is perfect and the serenity of the surroundings inspired us.’ The cycle is due for release in October, and given the reputation the young group has already established, it promises to be a vibrant and distinctive account.

Bartók has a special signicance for the group. Like the Arcadia Quartet itself, the composer’s heritage lies in Transylvania. Boală explains: ‘Transylvania is a place where Hungarian, Romanian and German people lived together and influenced each other, within the Austro-Hungarian Empire and, after the First World War, as part of Romania. Bartók is indisputably a Hungarian composer, but his roots are in Transylvania – his music makes it so obvious – and no politics or nationalist paradigm can take that away.’

Bartók’s quartets are as modern as Beethoven’s last six quartets were at the time they appeared. In both cases we find traditional music expressed in a new, revolutionary manner, driven by deep, coherent philosophical ideas. 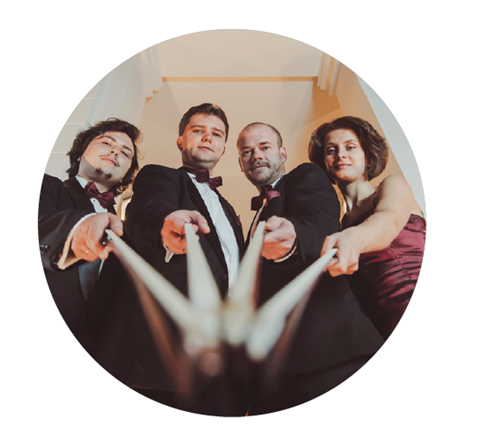 For the Arcadia players, performing Bartók is about exploring that connection with the region – a connection expressed in the composer’s use of folk idioms, but which also runs deeper. ‘Bartók’s legacy was to show that traditional folk music can be a source of inspiration that covers every conceivable aspect of human life,’ explains Boală. ‘Beyond the obvious folk dance rhythms and modal tunes, there are more subtle connections, like the abstract moments when the listener is carried away in a world of mysticism and magic, inspired by the philosophy of the rural people.’

Another important aspect of Bartók’s string quartets is his inheritance from Beethoven: both composers took the Classical forms and remodelled them to their own ends. ‘Bartók’s quartets are as modern as Beethoven’s last six quartets were at the time they appeared,’ says Boală. ‘In both cases we find traditional music expressed in a new, revolutionary manner, driven by deep, coherent philosophical ideas. Bartók was clearly moved and inspired by the last quartets of Beethoven, and it is certain that these works served as models. But Bartók had his own voice and his own tools, and must be treated accordingly.’