As a violinist who grew up in East Germany and moved to the West, Franziska Pietsch examines the parallels between her childhood and Béla Bartók’s inner turmoil of emigrating to the US, in recording her new album Bartók - The Quiet Revolutionary 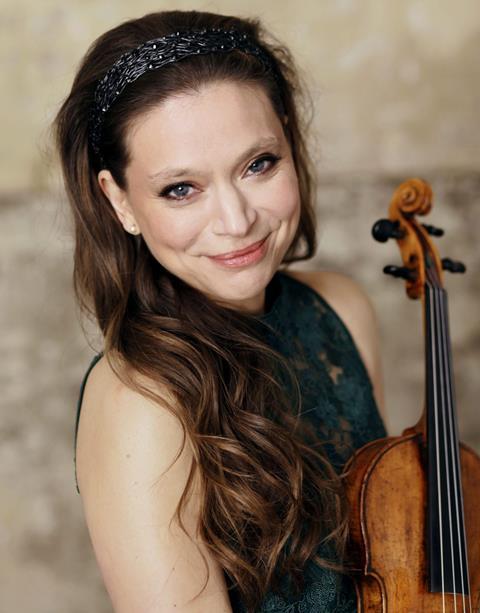 Béla Bartók’s music may not be music to fall in love with at first, but when you get close to it, a magical cosmos opens up.

Bartók has been with me for a long time and is irrevocably linked to my personal story. I grew up in the German Democratic Republic (GDR), but in 1984 my father never returned from a concert tour in the West. Almost three years later, in 1986, I was able to leave the GDR together with my mother and sister after a period full of reprisals and travel to the West. As a welcome, my new teacher Ulf Hölscher gave me Bartók’s Solo Sonata to study. For a 16-year-old girl coming out of a mentally difficult situation, it was a real challenge in retrospect. But it was the right decision, because I quickly felt that this music had something to do with my soul. The more I dealt with the person Bartók, the deeper I understood him, the more intensely I felt connected to him. I felt like I was in a state of mind similar to that of Bartók when he wrote it. While I was approaching this sonata, I had just been in West Germany for a few weeks, felt uprooted and my soul was homeless. A difficult time lay behind me, which I could only overcome on my own, because after our application to leave the country for family reunification, I was declared a persona non grata. Up until that point, I enjoyed special treatment as a special talent.

I had already made my debut at the Komische Oper Berlin, won the Bach competition in Leipzig and played concerts as a soloist. But part of the reprisals meant that I could neither get instrumental lessons nor perform in public. At the age of 14, I was completely on my own and forced to ask myself the big questions of the meaning of life at this young age in order not to despair. By dealing with great artists like Shostakovich and Bartók, I slowly began to understand what a real passion means. How much suffering, pain and difficulties these great spirits endured without their passion being shaken!

They have turned all of this into music, leaving us with a legacy of time with their works.

But we performers keep it alive with our individual soul. From that moment I knew my way!

Bartók had emigrated to the USA because he could no longer bear the political developments in his country. ’It is the leap into the unknown from the conscious unbearable’

Although he was welcomed with open arms in America, he could not be truly happy there. He was too closely connected to his homeland and I believe that he lost his soul somewhere along the way. He too felt uprooted, alienated and lonely. The burden of time was heavy on his soul, but it found its way into music until the end and became a manifestation of a long, unconditional path.

Bartók is often described as ’a person of explosive seriousness’ and no other words could better describe his music. It lies before us like a rugged volcano, inhospitable, rough and a bit forbidding. But you know that inside there is a glowing core that can break out at any time. Inside his music, too, there is this unbelievable explosiveness, emotionality and special power. It’s not a leisurely stroll, but a real confrontation with elemental force. It is the reflection of his life in which he uncompromisingly fought for his passion. Like Beethoven, he had to live with the greatest admiration and total rejection of his works.

The two violin sonatas were written during one of his happy creative periods. In the first, he deals decisively with the real, earthly world. Imbued with concrete strength and energy, tangible arguments and a touch of melancholy. And yet a movement vibrates in me when I play this sonata; Loneliness reigns beneath the noise of time.

In the second he deals with the imaginary world. A world that is intangible, blurry, inexplicable and lonely. An improvisation between heaven and earth.

Both sonatas are a firework of joy, serenity, pain, pride, self-reflection and vulnerability. Together form a magical cosmos.

Read: ‘He was a very gentle, introverted person, and you can hear that in his playing’ – Jerusalem Quartet on Bartók