Violinists Itzhak Perlman and Pinchas Zukerman perform together in 1978 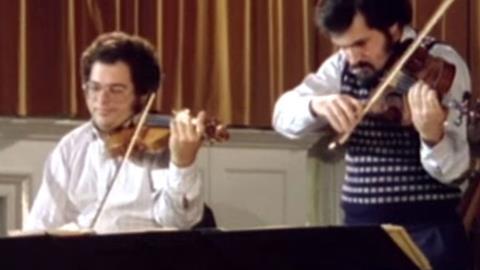 Filmed by Christopher Nupen and recently released on YouTube by Allegro Films, the video also includes footage of the two great musicians rehearsing and improvising together.

Pinchas Zukerman is interviewed in The Strad’s September 2016 issue, out now – download on desktop computer or through The Strad App.