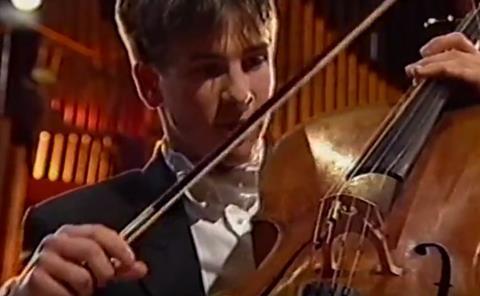 I had this dream - which turned out to be a premonition - that I was going to break a string at the competition - and it actually happened!'

British cellist Guy Johnston talks about the moment that his string snapped at the live televised 2000 BBC Young Musician of the Year final - which he won.

The final of the 2016 BBC Young Musician of the Year takes place on Sunday 15 May - among the three performers is 17-year-old cellist Sheku Kanneh-Mason.