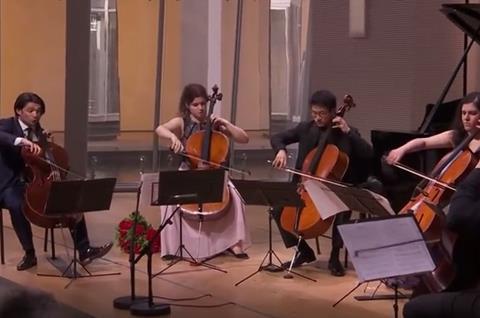 Gautier Capuçon performs with the six young cellists of his 2015 Classe d'Excellence de Violoncelle - a mentorship programme which aims to help young players each year to bridge the gap between graduation and embarking on a career.

Capuçon is interviewed about his Classe d'Excellence in The Strad's February 2016 issue - download now through The Strad App or on desktop computer.