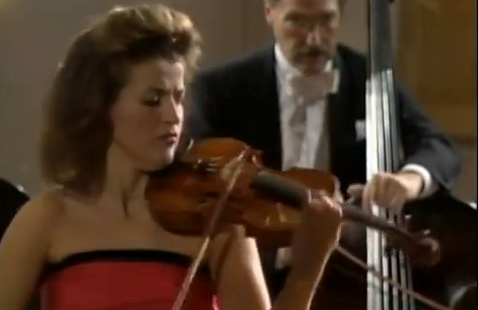 Anne-Sophie Mutter, The Strad's December issue cover star, has spent 37 years on the concert stage, having made her performing debut in 1976 at the Lucerne Festival, playing Mozart’s D major Violin Concerto. To mark nearly four decades of music-making, The Strad has brought together some of the finest film recordings online. Here she performs the Allegro from Vivaldi's The Four Seasons, Spring. Click on the links to view the other videos: