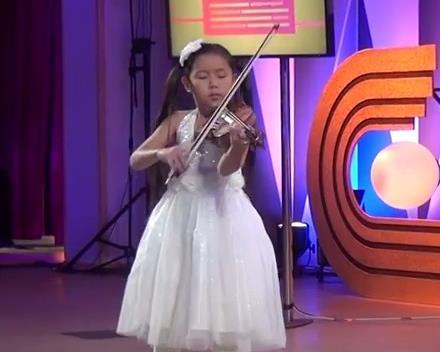 Leia Zhu, aged nine, performs Kreisler's Tambourin Chinois in the first round of the 2015 International ‘Nutcracker’ Contest for Young Musicians in Moscow in December 2015 - which she won. Watch her performing Mendelssohn in the competition final.