In the second of the new blog series for The Strad celebrating Thomastik-Infeld’s 100th anniversary, Franz Klanner, the Austrian string manufacturer’s director of engineering and technology, shares his experience in how to tame a wolf tone and get rid of irritating string buzzing 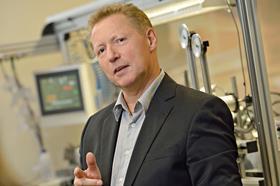 The wolf tone is a wavering – similar to the change between a developing and collapsing tone – of the vibration in the strongest main resonance of the instrument’s body.

The wolf tone concerns the interaction between the vibration of the strings and the top of the instrument – just like a dancing couple whose steps only function when they’re in the same rhythm. It occurs with instruments that don’t have enough sound dampening in their top plates.

It is caused by the coupling of the vibration of the string and that of the insufficiently dampened top plate. The incompatibility of these vibrations leads to the vibration collapsing. Again, it is similar to one part of a dancing couple stepping on the other’s foot, thus leading to a collapse of the common vibration or the dance altogether.

In order to generate many different tone colors and overtones, a cello needs a wolf tone and a double bass needs several ones. Violins and violas don’t need wolf tones for this purpose. That is due to the size of the instrument or rather the ratio of the top plate’s size to its thickness, to be exact.

The larger the instrument, the thinner the top plate becomes (in short: the surface area of the top plate is larger but that does not lead to the thickness increasing proportionally) which results in a deficient dampening. And as we have just learned: a wolf tone occurs with instruments whose top plates don’t have enough sound dampening.

BASICALLY, THE FOLLOWING APPLIES: TAME THE WOLF TONE BUT DON’T KILL IT!

We’d like to share some tips and tricks on how to tame the wolf. Why not eliminate it? Easy: By killing the wolf you’d eliminate sound colors and brilliance as well. In short: Having a wolf tone means compromising.

TAME THE WOLF. THE RECIPE:

1) As a first step, check the condition of the bow hair and make sure to change it regularly, at least every six months.

2) Use stickier rosin for your practice as this can often tame a wolf. When playing the violin, mix violin and viola rosin, for violas mix viola and cello rosin and for celli, mix cello and bass rosin – a mixing ratio of up to 1:1 applies to all combinations.

3) A wolf tone eliminator is best known for its use on cellos and double basses but improves the wolf tone issue on violins and violas as well. Please note that every instrument is unique and what works for one, might not have the same effect on another.

4) When it comes to your string setup, try the following for violin: 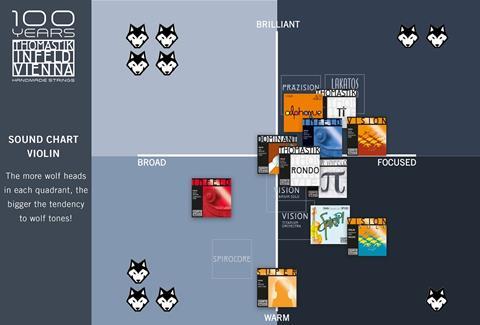 5) Still no luck? Reducing energy in the main resonance is another key element in controlling the wolf, therefore increasing string tension helps reducing the wolf tone. As a consequence, there might be a little too much tension on the top plate, instantly leading to the loss of a few sound colors but also taming the wolf tone. Just make sure you don’t over-tension the instrument so pay attention to its sound development over the next week and months. The cue? If you’re knowingly losing more sound colors during this time, it’s a definite sign of your instrument being under too much tension.

6) A longer sound post also might adjust your violin or viola in a way as to tame the wolf. The effect is the same as when using higher tension on the strings.

7) Using a darker sounding bow model might be the next step for you to help get rid of the wolf.

8) Last but not least: A thicker bass bar could also help with the wolf tone phenomenon. Please consult a luthier or repairman when thinking about re-adjusting your instrument!

Keep in mind: The above-mentioned measures become more time-consuming and cost-intensive from top to bottom!

BUT WHAT ABOUT THE BUZZING?

An irritating buzz tone is considered the ‘little brother’ of the wolf tone, only that it’s the higher strings that are affected. A buzz can be as irritating as the wolf, but what’s causing it is the thin, less dampened back plate near the ribs.

If that doesn’t help, aim for a wound E-string instead. For violins, we recommend the tin-plated Vision Solo E-string VIS01 which is included in both Vision Solo sets VIS100 and VIS101. As an alternative, the tin-plated E-string AL100 which comes with the Alphayue set AL100 might work as well. For violas, we recommend the chrome-wound A-string PI21 from the Peter Infeld set PI200.