In our August 2021 issue, Kevin MacDonald investigates the lives and careers of female violinists in Georgian England. Read this extract profiling Italian violinist Maddalena Laura Lombardini Sirmen, who enjoyed success both as a performer and composer 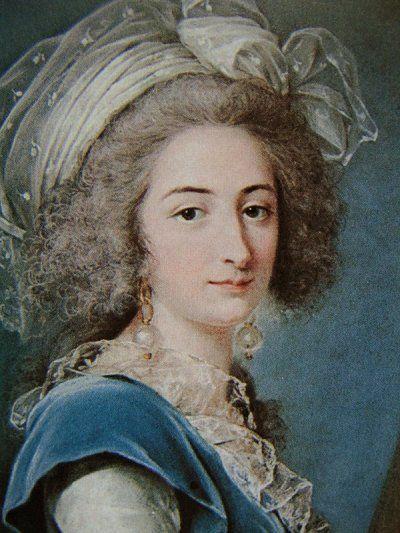 The following extract is from The Strad’s August issue feature Female Violinists in 18th-century England. To read it in full, click here to subscribe and login. The August 2021 digital magazine and print edition are on sale now

Born Maddalena Lombardini, in Venice, she was admitted into the Ospedale di San Lazzaro dei Mendicanti at age seven for musical studies. She took the initiative to correspond with Tartini at age 14, and although their initial contact was only via letter, she soon travelled to Padua, having lessons with the great virtuoso face to face intermittently between 1760 and 1766. However, to leave the ospedale marriage and a dowry were required. After an initial rejection by the authorities, this was arranged and she married the violinist Ludovico Sirmen (1738–1812) in 1767.

So ‘liberated’, she was set upon her travels, first to Dresden where she and her husband had an appointment to the court, and then on to the Concert Spirituel in Paris. L’avant-coureur of 22 August 1768, noted that ‘her violin was the lyre of Orpheus’ and that ‘her taste and facility of playing puts her in the first rank of virtuosos’. Subsequently, she gave concerts with her husband in France and the Low Countries before appearing in London in the winter of 1770–1, when she shone as one of the brightest concert artists of the season, having her own benefit concert in April.

Sirmen was notable for performing and publishing her own major works: Six Quartets (1769, possibly co-written with her husband), Six Trios (c.1769–70), Six Violin Concertos (1772–3), Six Violin Duets (1773) and a single Violin Sonata (1785). They were relatively popular in their time, with the trios, concertos and duets being published many times in Paris, London and The Hague. Stylistically, her works owe little to Tartini and are very much part of the early Classical era. Her violin concertos are all of three movements, fast–slow–fast, evenly proportioned with concluding rondos. They feature chromaticism, major–minor alternations and clearly set up cadenzas. Parallels might be drawn with those of her contemporaries such as Giornovichi. Her duets are of two movements, excepting the second (with three), and have a marked energy to them with little time for reflection – there are only two slow movements in the set. A distinctive element are passages with double-stops alternating between players to create effective three-part harmonies. The first and sixth duets are probably the strongest of the group. The authorship of her quartets is unclear. In the first edition by Bérault (Paris, 1769) they are said to be by ‘Lodovico, e Madelena Laura Syrmen’, but modern musicological opinion inclines to her primary authorship. Indeed, Barbara Gabler, in her introduction to the Furore edition of Sirmen’s quartets, points out that Ludovico’s authorial presence was only due to French legalities at the time – that publication could not then be made independently by women. The modern edition and recordings give Maddalena’s name alone. The quartets are mainly slow–fast two-movement works, and are melodic, innovative compositions written around the time of the birth of the French quartet school, contemporary with Haydn’s op.9 set and Boccherini’s op.8.

Sirmen’s halcyon days in London unfortunately did not last, and the whims of fashion went against her. For reasons unknown, in 1774 she made the decision to shift from the violin to being a vocal soloist, without any real success, and was reduced to singing secondary parts in Dresden by 1782. An attempt at a comeback as a violin virtuoso in post-Viotti Paris at the Concert Spirituel in 1785 was a critical failure, her playing being reviewed in the Mercure de France 7 May 1785 as being old-fashioned: ‘Her style has aged extremely […] she can still charm the ear, but she cannot astonish.’ She soldiered on at the Concert Spirituel, answering her critics by playing concertos by Viotti, but apparently to no avail. Sirmen returned to Italy where she lived out her life in Venice. However, her few years of celebrity in London had established a reputation against which all subsequent female violinists of the place and era would be judged.