100 years after the composers came head to head in a competition, Wigmore Hall audiences are getting a chance to judge for themselves this week 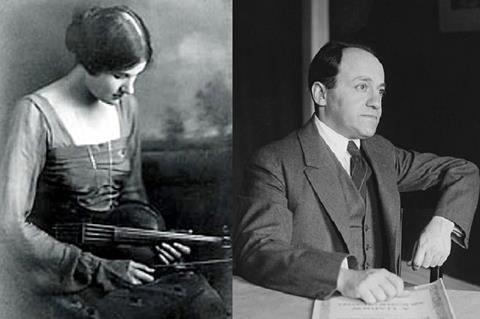 For decades, I have championed the music of Ernest Bloch. Masterpieces such as Schelomo speak to me of my own Jewish heritage. This year to mark the 140th anniversary of Bloch’s birth, I have recorded the rarely-heard cello version of his Symphony for Trombone or Cello (about to be released on disc with CPO, Lukasz Borowicz and BBCNOW) and performing Schelomo at the Royal Festival Hall in October.

On 25 September at the Wigmore Hall, John York and I perform Bloch’s Suite for Viola and Piano (transcribed for cello). We will be revisiting a famous competition 100 years ago almost to the day between Bloch and the composer Rebecca Clarke.

I had been always been intrigued about the story of Bloch’s Suite coming up against tough competition from Rebecca Clarke. The pianist John York – my regular duo partner – had played Clarke’s viola sonata and loved it, unaware that there also existed an original cello version. Then we discovered an unpublished Rhapsody of hers for cello and piano. We were subsequently invited to record a disc of her complete music for cello and piano which was released on Lyrita two years ago.  It is the newly discovered Rhapsody that we will be playing at the Wigmore Hall on the centenary of this memorable contest.

In 1919, the second edition of the Berkshire Chamber Music Prize in the US sponsored by philanthropist Elizabeth Sprague Coolidge attracted 72 entries of works for viola and piano. Without revealing the identities of the composers, the jury narrowed it to two works but remained split in half between Bloch’s Suite and Clarke’s Sonata. After a rerun, the result was the same – a tie.

Coolidge was called in but she was unprepared to split the considerable prize money. In the end, Bloch was crowned winner and the judges insisted that Coolidge reveal the identity of the other composer.

‘You should have seen their faces when they saw it was a by a woman’, Coolidge later recounted.

Reporters speculated that ‘Rebecca Clarke’ was only a pseudonym for Bloch himself, or at least that it could not have been Clarke who wrote these pieces, as the idea that a woman could write such a work was socially inconceivable. 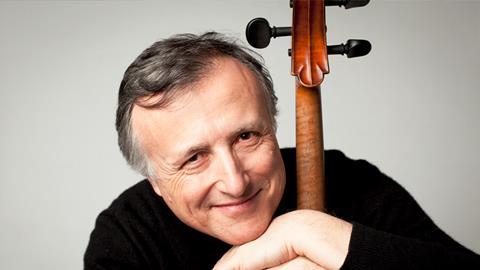 So, who was this Rebecca Clarke who rattled the establishment? Born in Harrow, London, to American German parents, she had initially gone to study violin at the Royal Academy of Music. When her harmony tutor proposed, she was quickly withdrawn from the conservatoire. Soon cut off by her family, she had to support herself by embarking on an active performing career as a viola player in Henry Wood’s Queen’s Hall Orchestra.

In 1916 she began a US residency that included extensive touring. During these years, she achieved some fame as a composer. Coolidge changed her plans for the winning entry and insisted that Clarke’s sonata be included at the festival scheduled for 25-27 September 1919. Clarke described the incident with humour as ‘my one little whiff of success’. After this, Coolidge commissioned her Rhapsody for Cello and Piano in 1923.

Clarke has been described as the ‘most distinguished British female composer of the inter-war generation’. But as is the fate of these extraordinary female composers, most of her music remained unpublished. Even today, John York has laboriously learnt his part from her tiny writing.

Rebecca Clarke’s life is one marked by many contradictions and thwarted aspiration. Shortly after her move to the United States, a short, lyrical piece for viola and piano – entitled Morpheus – composed under the pseudonym of ‘Anthony Trent’, was premiered at a joint recital with cellist May Mukle. Reviewers praised the ‘Trent’, largely ignoring the works credited to Clarke premiered in the same recital.

Following her marriage in 1944, Clarke had stopped composing:

Yet outside of her compositions, Clarke’s legacy has continued. When her former amorous Academy tutor died, he bequeathed her his Stradivarius. With the money from the sale of the violin, she set up the May Mukle Award, which still supports cellists at the Royal College of Music to this day.

I’m thrilled that we are getting a chance to present not only the Rhapsody at the Wigmore alongside some of her Irish Songs with Ailish Tynan. Our programme highlights the forgotten voices of three female composers – Rebecca Clarke, Muriel Herbert and Lili Boulanger.

Raphael Wallfisch appears at the Wigmore Hall with John York and Ailish Tynan on Wednesday 25 September and with the Philharmonia Orchestra and David Hill at the Royal Festival Hall on 17 October.

Wallfisch’s next disc in his Voices in the Wilderness series is out in October featuring Bloch, Korngold and Ben Haim.