Given by the festival annually, the prize is intended to be ‘recognition and incentive in equal measure’ 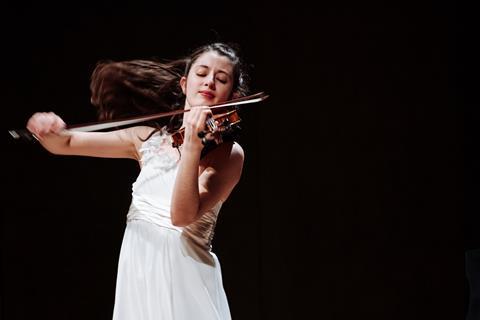 Spanish violinist María Dueñas has won the €15,000 Rheingau Music Festival (RMF) Lotto Prize. According to the RMF, the prize is ‘recognition and incentive in equal measure, and should help to bridge the difficult gap into the ranks of truly great artists’.

Dueñas, who is 18, studies with Boris Kuschnir at the Music and Arts University of the City of Vienna and at the University of Music and Performing Arts in Graz. She will receive the prize at a concert at Schloss Johannisberg, close to Frankfurt, on 2 July.

The jury, which included conductor Christoph Eschenbach, RMF director Michael Herrmann and Heinz-Georg Sundermann, managing director of Lotto Hessen, described Dueñas as ‘one of the most exciting and promising talents of her generation’.