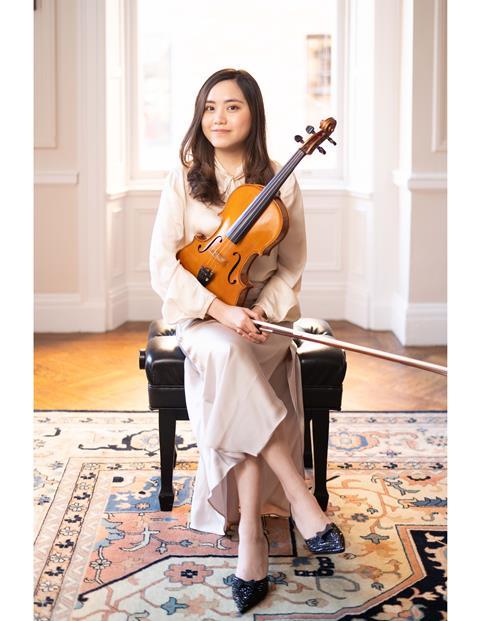 Kansas City Symphony has appointed Ming-Yu Hsu as its principal violist. At only 22, she recently graduated with a bachelor’s degree from the Curtis Institute of Music as a student of Hsin-Yun Huang.

Hsu told The Strad, ’I am extremely honoured and excited to be joining the Kansas City Symphony. What I love most about orchestral playing is the ability to create and share musical experiences with my colleagues. The Kansas City Symphony has already created such a welcoming atmosphere, and I am looking forward to many memorable years of music making.’

Born in New Taipei City, Taiwan, Hsu started studying viola at the age of 10 at Gu-Ting Elementary School under Yachi Huang, going on to the Affiliated Senior High School of National Taiwan Normal University under Jui-Se Yang. She was accepted to Curtis in 2014 at the age of 13.

She is also a recipient of the Chimei Museum Arts Award, and the International Pacing Art Culture Education Foundation Rising Stars Scholarship.